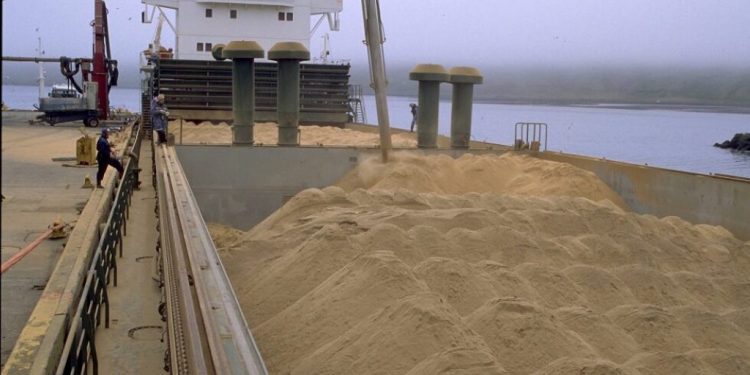 There has been steady good fishing for blue whiting in a couple of areas south of the Faroe Islands, close to the UK line, with Icelandic and Faroese pelagic vessels at work.

Over just a couple of days, Síldarvinnslan’s factories in the east of Iceland have taken delivery of around 10,000 tonnes of blue whiting from its own and other vessels, plus Greenlandic pelagic vessel Polar Ammassak has been landing capelin.

According to Hafthór Eiríksson who manages the fishmeal plants in Neskaupstaður and Seyðisfjörður, blue whiting is fine raw material that is at its best at this time of year when its relatively low fat content is at its highest.

‘For production, it makes all the difference to get fresh raw material and for the fleet to chill it efficiently on board. If the fish is fresh, production goes well. It’s as simple as that,’ he said, adding that there are headaches in powering production as electricity supplier Landsvirkjun has had to restrict its supply.

‘The factory in Seyðisfjörður is now being run entirely on oil and the factory in Neskaupstaður switches between oil and electricity. These energy restrictions are extremely frustrating. This demonstrates yet again that the energy supply in this country isn’t enough under all circumstances and this is food for thought at a time of increased awareness of environmental factors.’

According to Beitir’s skipper Tómas Kárason, their 3000 tonnes were taken in eight tows, with the best fishing during darkness.

Börkur’s skipper Hálfdan Hálfdanarson reported having taken nine hauls of four and up to ten hours, with 500 tonnes in the best tow of the trip.

‘Fishing for blue whiting has been in two areas, with most of the fleet working in the area close to the Scottish line,’ he said and added that Beitir and a couple of others have been on grounds around 40 nautical miles south of the Faroes.

‘There’s good fishing in both areas. This good fishing means that there’s quite a queue to land in the Faroes, so there haven’t been many Faroese vessels fishing these last few days. Blue whiting fishing started well in the New Year and we’ve every reason to be optimistic.’

Image: A cargo of fishmeal loaded on board a freighter for export. Síldarvinnslan/Ágúst Blöndal