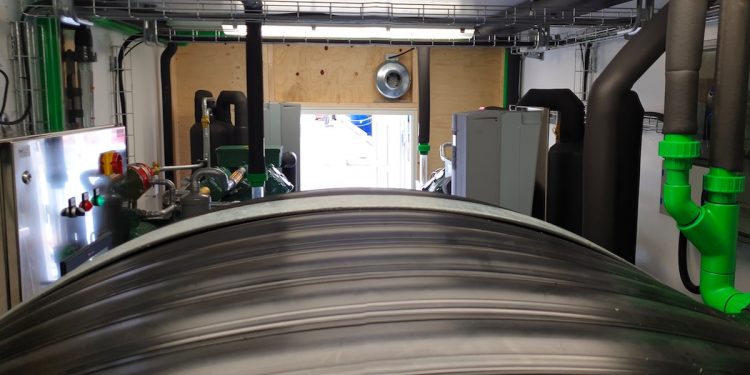 With a background in specialised slurry ice machines for the fishing industry, Icelandic company Thor Ice sidestepped into the meat business, coming up with some highly innovative systems to meet an extremely demanding industry’s needs – and is now bringing these advanced machines to fishing and aquaculture for the first time.

According to the the company’s Birgir Jósafatsson, Thor Ice Chilling Solutions is ready to introduce its new line of energy efficient ice slurry machines to fishing and aquaculture, and their experience in the meat industry means that they have been able to come up with ice machines that use less energy than ever, as well as requiring a very modest amount of on-board space.

He explained that the company is returning its meat know-how to the fishing business, with these new machines and applications based on much of the new thinking that arose from the need to develop complex and precise equipment for the meat industry.

‘There’s a lot of variety in what we have been working on’ he said, explaining new equipment that can be added to the machines.

‘We can use the machines both as traditional slurry machines to chill on board, but also we can also shoot semi-dried ice slurry onto fish fillets using a patented IceGun system.’

This technology calls for some extremely precise handling and management of ice production that far exceeds the seafood sector’s needs – but this experience has given Thor Ice a significant edge in the expertise that has been gained, which is already paying off for its customers in the fishing sector.

‘Ice for fish handling is less complex, as the ice is in a liquid form,’ he said. ‘But the experience we have from the meat industry means that we have gained a new level of skills in managing thickness and volume in ice production, paving the way for less electrical consumption on-board,’ he said.

‘Recently we produced a mobile slurry ice system for MOWI, which is a self-contained unit mounted in a container. This is used in the Faroes to provide ice at a number of locations where salmon is slaughtered.’

He added that the control functions, which were what convinced MOWI to come to them for the mobile system in the Faroes, allows the thickness of the slurry ice to be controlled as it emerges from the machine and also in the tank. A new tank-thickening system controls the thickness in the tank and in the discharge. Energy is saved throughout the process and drained ice slurry is reused in the machines.

‘What is also new about these machines is a unique function allowing connection to the on-board electrical supply in the fishing vessel, with the production capacity of the machine co-ordinated against the supply and demand of power produced on board. This is the Ice-on-Demand capability,’ Birgir Jósafatsson said.

Thor Ice’s experience in making their machines compact has crossed over from the meat business and these new machines have a small footprint, with the largest in the series needing only 75cm, measured from the bulkhead.

‘These machines have a smaller space requirement relative to their production capacity and the Ice-on-Demand function means that capacity can range from 25 to 100%, making the most efficient use of the slurry generators to minimise their energy requirement,’ he said.

The range is ambitious, providing everything from compact units to meet modest production needs of as little as 50 litres/hour, all the way up to industrial ammonia-based systems with a daily production capacity of several hundred tonnes.

‘We are back in the fish business again, and we see that there’s a requirement for this precise, sophisticated approach to slurry ice production that Thor Ice Chilling Solutions is able to offer.’