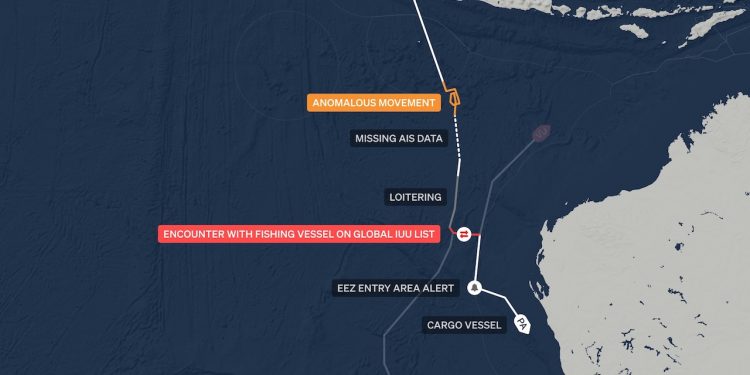 Starboard Maritime Intelligence is about to be used by the Environmental Justice Foundation (EJF) to enhance the effectiveness of investigation into IUU fishing and associated human rights abuses.

‘We are delighted to be subscribing to Starboard, using this cutting-edge technology to further tighten the net, put these operators out of business, and protect the coastal communities and wildlife that depend on our ocean,’ says EJF CEO Steve Trent, commenting that EJF recognises that new technology is an enabler to support their work.

Starboard was launched in mid-2021, and the platform is currently in use across the Pacific by fisheries monitoring, control and surveillance (MCS) organisations. This year, the software has supported three surveillance operations in the region.

‘We feel privileged that Starboard is being used to support analysts working in monitoring, control and surveillance. It is helping them cut through the noise and spend more of their expert time on delivering valuable intelligence,’ said Starboard’s sales manager Mat Brown.

‘EJF is our first NGO subscriber, and it’s great to see their analysts and researchers seeing immediate benefit from Starboard.’

Although EJF had been using similar data sources in their analysis, Starboard has speeded up the process for their investigations and provide new derived insights.

‘EJF trialled the platform initially and found that analysis which may have previously taken five days is now just taking one,’ Mat Brown explained.

‘This is the type of feedback we hear from users regularly. It is exactly what we want to be delivering with Starboard, helping those analysts and researchers get to the outcomes faster.’