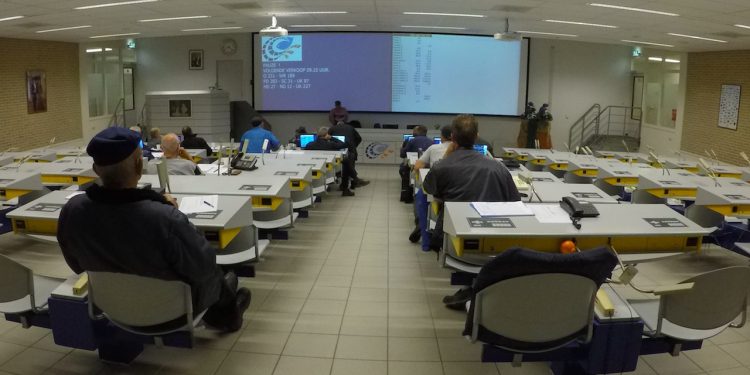 The existing auction infrastructure is maintained, but the migration from PC- to web-based applications enables users to participate and to consult all relevant information in a single cloud platform.

The EFICE auctions have strong links to every part of the chain, from fishermen to processing companies, which has ensured them a long-term strong position on the market. Their knowledge of the industry’s needs prompted EFICE to explore replacing the current PC-based auction system with a web-based trading platform.

‘Because of the market’s need for a web-based trading platform and the switch in the market supply from bulk to fine lots of fish, EFICE needed a flexible solution with the option of scaling up to two clocks at Visveiling Urk, if necessary,’ said EFICE CEO Riekelt Kramer.

‘Previously, we sold mainly large batches of plaice which could be auctioned very quickly. Even on a busy Monday with large amounts of supply, the lots have been sold by noon without any problem and the buyers could quickly start the transport and processing.’

He explained that the nature of fishing has changed with less focus on bulk and the auction found itself increasingly receiving smaller volumes of more species.

‘Much smaller lots of other species arrive, for example 20kg of gurnard per day. This is the reason why the auction process takes more time, which is detrimental to keeping prices high and the quality of the fish. KOSMOS enables to quickly add a second clock at Urk, when necessary. The other big advantage of KOSMOS for our buyers is the centralisation of information in one digital platform, for, among other things, supply, transactions, retrieving invoicing data and other reports.’

The real-time KOSMOS trading and information platform is currently operational for Urk and Lauwersoog. The conversion at the auction location at Vlissingen is in progress. The central KOSMOS platform seamlessly connects to the existing auction infrastructure, in this case to the buyer galleries of the three locations.

Riekelt Kramer commented that buyers particularly like the fact that software installation is no longer required and that every user can purchase from any PC connected to the internet.

‘The buyers get to know the functionalities better and better, the pre-bid function especially gets a lot of interest. Buyers come to the auction in the early morning to see the fish, after which they fill in their pre-bids and leave without waiting for the start of the auction. They can see then from their office whether they have won the desired lots and handle other matters in the meantime,’ he said.

‘In future when the images of the current lot will also be available during the sale, we expect that from then on many auction room buyers will also make their pre-bids from home. In addition, as there are new fish species, we also expect to attract new buyers.’

‘The development of KOSMOS continues. We keep continuously keep a finger on the pulse of the market,’ he said.

‘We provide two KOSMOS updates per year. The first 2021 update was launched in June. For this version, we particularly focused on a better user experience. The auctioneer will still be able to adjust the lot information during the sale and to create transactions without running the clock.’