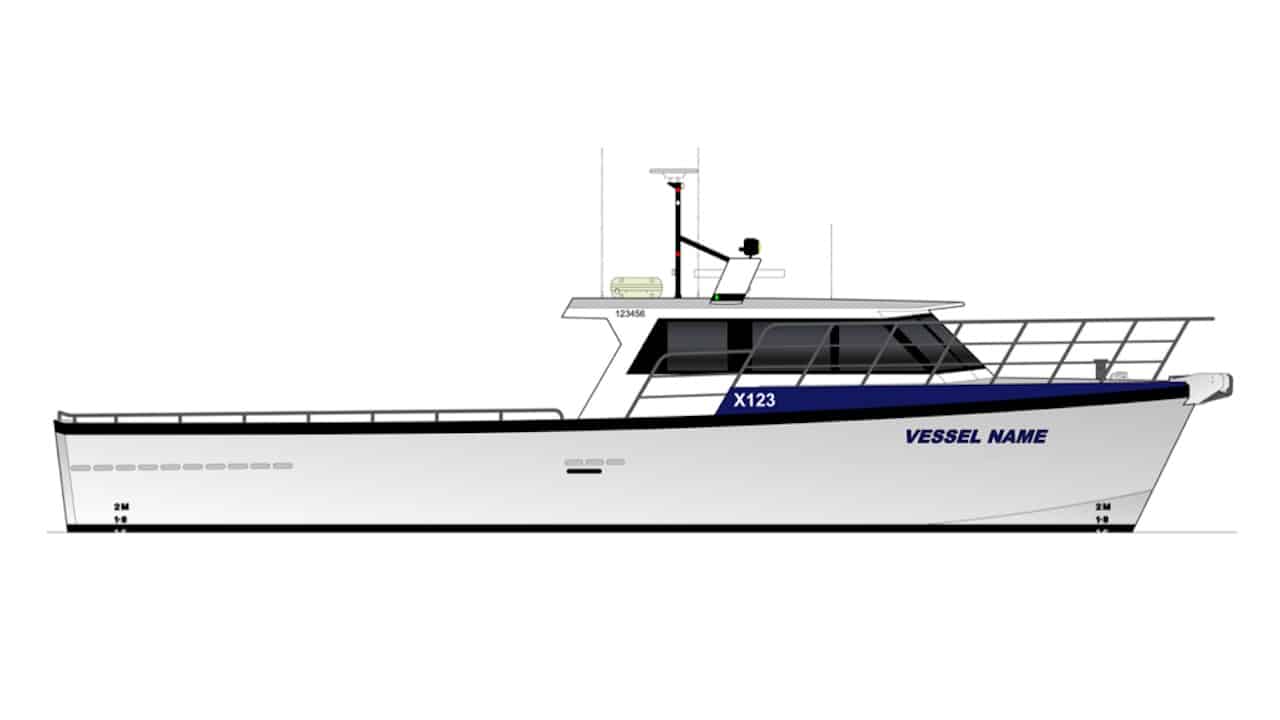 An experienced commercial fisherman is the client for Dongara Marine’s first new vessel for the South Australian Rock Lobster fishery.

‘With a number of boatbuilders already well established as suppliers of new cray boats for the lobster fishery in South Australia, we are delighted the owner has placed his faith in Dongara Marine. We look forward to having this boat in the Southern Rock Lobster fleet to showcase our abilities and quality,’ commented Dongara Marine’s Managing Director, Rohan Warr.

Customised to the client’s requirements, the 17.80 metre long aluminium hull features the hallmark fine entry of Southerly Designs’ offshore capable monohulls, topped by a single level wheelhouse – an arrangement that is common for lobster boats built for South Australia.

Like Dongara Marine’s recent vessels for the Western Rock Lobster fishery, the superstructure will be manufactured from composites using resin infused moulding techniques to deliver a very high standard of finish as well as lightweight and noise, vibration, and thermal insulation.

Rohan Warr said the ability to provide this composite wheelhouse was a key factor in the owner’s decision to choose Dongara Marine as the builder of the new boat.

In addition to the helm station, galley and mess in the wheelhouse, accommodation for three crew is provided to Australian Maritime Safety Authority (AMSA) National Standard for Commercial Vessels (NSCV) AL 36-72 standards. This includes two berths in a forward cabin and an owner / master’s cabin with Queen sized berth beneath the wheelhouse.

The monohull will be single screw with propulsion power coming from an MTU 8V 2000 M72 diesel; an engine selection made by the owner and accommodated within Dongara Marine’s custom design and build approach. Driving a fixed pitch propeller through a Twin Disc gearbox this is expected to give a maximum speed of 23 knots and economical cruising at 18.5 knots.

The boat will have capacity for 750kg of live lobster and 4000 litres of fuel.