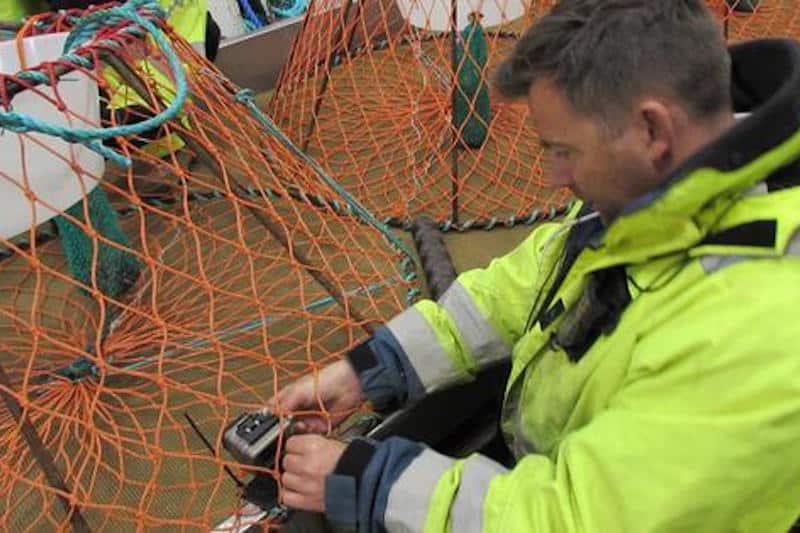 Norway’s Institute of Marine Research (IMR) has been testing lights to catch snow crab in the Barents Sea by attaching lights to traps set at 250-300 metre depths.

The thinking is that the lights lure the crabs into into the traps, and a different placing of the entrances could be more effective, according to trials carried out on board fishing vessel Tromsbas earlier this year as the baited and unbaited traps with lights were monitored with GoPro cameras mounted on them.

According to IMR, the results were not as good as those in Newfoundland where adding lights increased catches by 80%.

‘We do not have a clear explanation why our lights do not fish as effectively as they have in the Canadian experiments, but it may be related to the concentration of crabs on the fishing grounds. The study in the Barents Sea was done during a period of low catches, while the Canadian tests were done when catches were high. In order for light to work, it may be that there have to be more crabs around the traps,’ said researcher Odd-Børre Humborstad, adding that the trials still provides useful information.

‘When we went through the recordings, we saw that the crabs came to the traps, stayed there a little, but they did not climb in. We believe that the side entrance could be effective and such traps have been successfully introduced to the king crab fishery.’

Traps with side entrances are less as practical as they can not be stacked in the same way as usual, so less gear can be worked.

‘Efficient fishing is also about fuel consumption, time spent at sea and the cost of bait. Bait is expensive, and this could also be used for human consumption,’ Odd-Børre Humborstad.

Further research is expected to be carried out in the spring on snow crab grounds when catch rates are higher and with more trap designs to test.