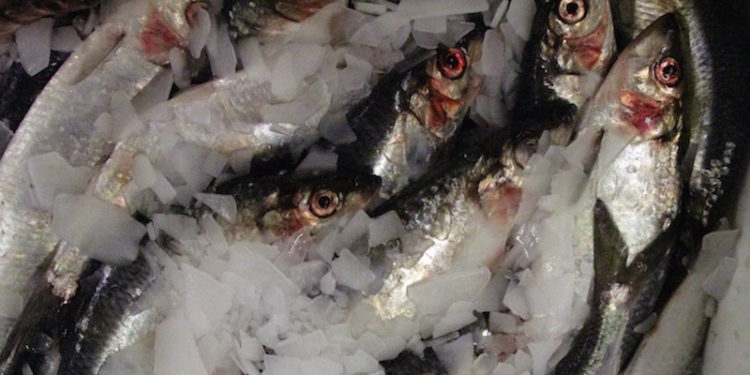 ICES has published its advice for the Barents Sea capelin quota for 2018, while the initial advice for the 2017-18 capelin fishery in Icelandic waters has also been made public. ICES has also corrected an error in its herring advice, revising downwards its recommendations for both this and next year.

ICES advises that under the Joint Norwegian–Russian Fisheries Commission (JNRFC) management plan, Barents Sea capelin catches in 2018 should not exceed 205,000 tonnes, while Iceland’s Institute of Marine Research has recommended a 208,000 tonne capelin fishery for the 2017-18 season, with the Institute’s advice due to be re-examined in the light of further surveys to be carried out early next year.

A month-long survey has already carried out, ending earlier this month, delayed by breakdowns and poor weather conditions, and covering an area ranging from East Greenland to Jan Mayen and waters around Iceland. The survey identified mature capelin around East Greenland and as far west as the edge of the Icelandic continental shelf, but not yet extending around northern Iceland.

ICES had withdrawn its advice for the 2018 Atlanto-Scandian herring fishery, and has issued new figures based on revisions in its survey results.

The 646,075 tonne figure for this year’s fishery has been revised downwards to 437,364 tonnes, while the ICES recommendation for the 2018 fishery is 384,197 tonnes, based on the application of the long-term management plan agreed between the EU, the Faroe Islands, Iceland, Norway and Russia.

According to ICES, fishing mortality has been declining since 2010 and was well below FMSY in 2016. But ICES states that the stock is declining and is estimated to have been below the MSYb trigger since 2014. ICES figures show that since 1998 there have been four large year classes, in 1998, 1999, 2002, and 2004, while all year classes since 2005 are estimated to be average or small.