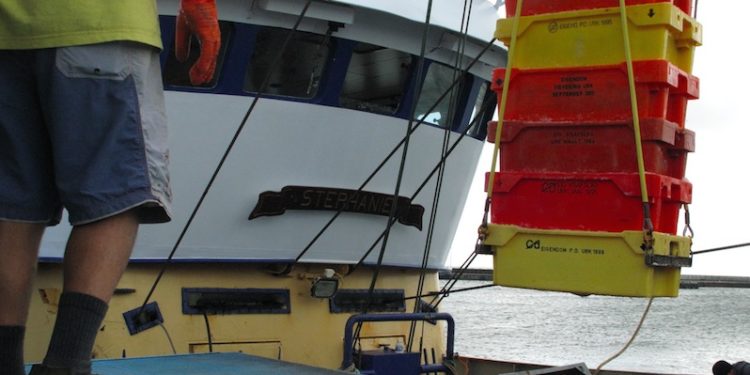 The European Commission has proposed a multi-annual plan for demersal fish stocks in the North Sea. The proposal covers demersal fish stocks, aiming to ensure these are fished at sustainable levels, brings decision-making closer to fishermen and replaces the current recovery plans for cod, plaice and sole.

The new North Sea plan is presented by the EU Commission as the first comprehensive plan for this sea basin, stating that the fisheries of the North Sea are highly complex, involving vessels from at least seven coastal Member States, as well as Norway. Acording to the Commisson, the proposal establishes a management plan that takes into account these mixed-fisheries interactions.

‘Multi-annual plans are an important tool to shift decision-making to the regional level. We are proposing to bring the North Sea, one of our richest fishing grounds, under such a multi-annual plan,’ said Commissioner for Environment, Maritime Affairs and Fisheries Karmenu Vella. ‘Its long-term approach is not only aimed at improving the conservation of stocks, but also at increasing predictability for our fishermen in the long run.’

The proposal requires the EU to set catch limits that restore and maintain fish stocks above levels that can produce the Maximum Sustainable Yield (MSY). The plan defines ranges within which catch limits can be set. Fishing opportunities in the higher part of the ranges will only be possible under clearly defined conditions and in line with the MSY approach. The plan also obliges the EU to take swift action when the sustainability of any demersal North Sea fish stock is threatened.

Certain decision-making powers will shift to the relevant national and regional authorities, bringing decision-making closer to the fishermen through the regionalisation process. For instance, with the introduction of the landing obligation, a key component of the EU’s reformed Common Fisheries Policy, the catch obtained beyond a vessel’s quota cannot be discarded. Regional actors will be able to recommend tailor-made rules on the phasing-in of the landing obligation.

In order to improve fisheries’ control, the proposal includes an obligation to land important species only in designated ports as well as new rules on the obligation to notify landings to authorities. The proposed rules aim to strike a balance between more flexibility for fishermen and more effective control: more fishermen will have to inform national authorities of their intended landings, but they will be able to do so at shorter notice.

Today’s proposal for the North Sea builds on the political compromise that the European Parliament and Council reached on the multi-annual plan for the Baltic Sea earlier this year.

This is the second multi-annual plan adopted in line with the reformed Common Fisheries Policy (CFP) that came into force in January 2014. Under the CFP, multi-annual plans should contribute to achieving fishing at sustainable levels (Maximum Sustainable Yield). They should also contain measures to implement the landing obligation, technical measures, as well as safeguards for remedial action where needed.

The Commission’s proposal follows scientific advice from the Scientific, Technical and Economic Committee on Fisheries (STEFC) and from the International Council for the Exploration of the Seas.

The North Sea Advisory Council has been consulted several times on this proposal. In addition, a wide-ranging online public consultation was carried out.

The North Sea multi-annual plan covers Union waters of ICES areas IIa, IIIa and IV and concerns Belgium, Denmark, France, Germany, the Netherlands, Sweden and the United Kingdom. The Commission’s proposal is now submitted for discussion to the European Parliament and the Council of the EU.