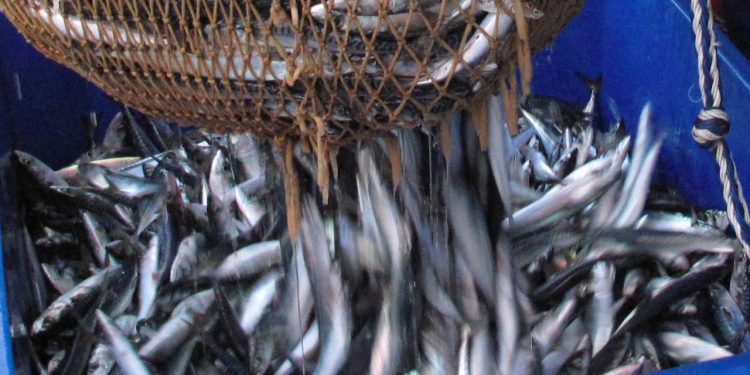 Coastal States under pressure as they talk pelagic stocks

This week the coastal states with interests in the North-East Atlantic’s pelagic fisheries are meeting in London. The aim is supposed to be to reach agreement on the sustainable exploitation of mackerel, blue whiting and Atlanto-Scandian herring that migrate through both national and international waters.

This year’s fisheries on these stocks are marked by agreement last year on the TAC levels – but a failure to agree how that TAC should be divided between the coastal states concerned. As a result, there has been something of a free-for-all, in which the UK’s exit from the European Union is seen as a contributing factor as a new coastal state at the negotiating table has complicated matters even further than in the past.

All three of these major pelagic fisheries have had certification withdrawn by the MSC, which brings some long-term implications for these fisheries, not least as processors and retailers continue to be alarmed at the potential loss of markets, including for eco-laballed farmed salmon which could lose its certification if the supply of feed from certified sources dries up.

As the coastal states’ negotiators meet in London, with each delegation under pressure from their fishing industries at home to resist giving way, seafood processor Young’s has added its voice to the chorus of supply chain businesses and retailers calling for collaborative, sustainable management.

In a statement issued via the North Atlantic Pelagic Advocacy Group (NAPA), Young’s has underscored that ongoing disputes over these species mean that their business would ultimately cease to purchase from these fisheries.

‘Young’s is the UKs largest seafood processor, with a global supply chain, encompassing over 40 wild capture and aquaculture species. In light of this, we recognise the diverse interests of all stakeholders in the fishing and aquaculture industries. We engage openly in dialogue with all parties, including fishermen, fish farmers, governments, trade associations, non-governmental organisations (NGOs) and food retailers. We will strive to ensure that our policies, values and behaviour regarding responsible fish procurement are leading and shaping opinion – and to pursue a vigorous and positive agenda for change rather than being merely passive or responsive to criticism or challenge,’ a Young’s spokesperson stated.

‘Young’s considers that the unilateral setting of quotas is an unacceptable threat to shared-stock fisheries and that the coastal states involved in these fisheries should support securing an agreement on total allowable catches in line with ICES advice and strive for a long-term science-based management agreement. We aim to support this process by working pre-competitively with NAPA members to add our voice to public advocacy as well as directly writing to coastal state delegations and emphasising our position.’

The session in London has been preceded by some of the coastal states and their fishing associations making all the right noises regarding sensible agreements and sustainability.

‘We might not prefer all the terms in an agreement. However, the time has come to settle,’ said Audun Maråk, director of Norwegian fishing industry association Fiskebåt, before going on to state that, ‘there have always been major challenges in managing border-crossing stocks, as they change their migration patterns. Whether global warming, stock size or feeding is the reason for changes in the mackerel migration in the North-East Atlantic, it is likely that there will be similar conflicts in the future.’

This follows events in which this year’s pelagic free-for-all kicked off as Norway increased its mackerel quota by 50%, with other nations following suit.

‘We are all responsible for the mackerel stock in our waters. This is why the European Union, United Kingdom, Faroe Islands, Greenland, Russia, Iceland and Norway all needs to contribute, engage in compromises and accept some defeat in this matter,’ Audun Maråk said, his comments illustrating the pressure each coastal state’s negotiators are under to stick to their guns in refusing to give way.

The long-term fallout of an extended failure to reach agreement on a share-out of TACs for the main pelagic stocks in all likelihood means a continuing bonanza for fishing, but long-term problems in the future for the rest of the seafood sector.

‘NAPA is using its global influence and €244 billion in pelagics purchasing power to call on coastal states to put aside their national interests and commit to sustainable management measures, such as following scientific advice, adopting long-term management plans, and employing dispute resolution mechanisms,’ a NAPA spokesperson said.

‘If coastal states are unable to agree management agreements for these stocks, NAPA members emphasise that they could be forced to re-evaluate their individual purchasing decisions.’