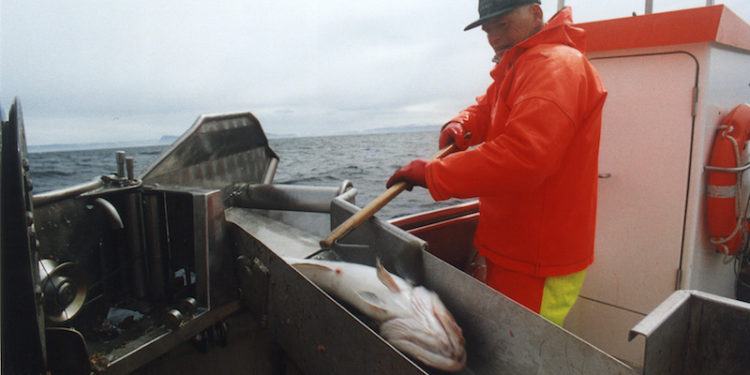 Arnar Atlason, chairman of Samtök fiskframleiðenda og útflytjenda (SFU, Iceland’s Federation of Processors and Exporters), which represents producers without their own fishing capacity, has stressed the importance of the coastal fishing scheme that has now been in place for ten years plays a key role in the supply of fresh fish.

He explained that then-Minister of Fisheries Jón Bjarnason received plenty of criticism for instituting the coastal fishing scheme that limited fishing to inshore vessels over the summer months, and that some of the criticism the scheme received at the time could be justified, especially in respect to cooling catches at sea.

‘Ten years further on we can say that there have been changes in the right direction. Catch handling is much improved and the situation is that while this fishing is in progress, it makes a real difference,’ he said, commenting that over those then years there has been a significant increase in fresh exports while frozen production has declined.

‘One of the results of these changes is that it is increasingly important to have a regular supply, and the coastal fishery plays a key role in this. These fisheries take place just as the availability of cod is at its weakest and it should be remembered that a high proportion of this fish goes for fresh production and export,’ he said.

‘What coastal fisheries have over other fishing methods is market credibility, whether we like it or not. The fact is that the image that products have has a much greater effect on the consumer than we generally imagine. The origin of the product, ethical methods and protecting the environment all have an effect. This effect is only going to grow in the future. The picture of the lone fishermen with a gaff in his hand is the one most fresh fish retailers around the world want to have on their websites.’

According to Arnar Atlason, 63,000 tonnes of fish have been landed under the scheme since it came into existence in 2009, and without these landings the network of auctions would look very different today.

‘To put things into perspective, 50,000 tonnes of cod were sold at auction last year, making them the most reliable source of fresh fish. At the same time, coastal fisheries accounted for 9000 tonnes, most of which was cod,’ he said.

‘The importance of coastal fishing is only going to increase in the coming years and we need to support this to ensure it remains permanent. The minimum requirement should be that their overall catch proportion should remain unchanged,’ Arnar Atlason said.