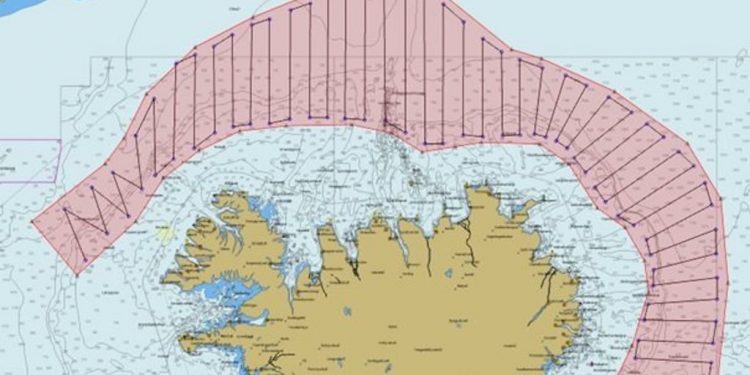 Two research vessels and three commercial pelagic vessels have sailed to start gathering data on the state of the capelin stock around Iceland ahead of this year’s fishing season.

The costs of sending the commercial pelagic vessels on the survey is met by their operating companies, and scientists from the Marine Research Institute are on board each of them for the duration of the survey.

The two research vessels are expected to start work off the north coast, while the commercial vessels are operating off the east of Iceland. Bringing five vessels in to carry out the survey is hoped to be concerted enough effort to gather data for an overview before forecast heavy weather hits Iceland at the end of this week.

Greenlandic pelagic vessel Polar Ammassak has already been fishing solo for capelin this year and has made several landings, most recently 1200 tonnes discharged to Síldarvinnslan’s factory in Neskaupstaður. Earlier landings have gone for fishmeal production, but some of the latest catch is being processed as frozen products.

Skipper Guðmundur Hallsson reported that they have been fishing around 70 nautical miles east of Langanes, getting hauls of 300 to 500 tonnes for tows of six to eight hours.

‘This capelin looks good,’ he said, adding that it weighs in at 38-40 pieces per kilo.

‘This isn’t the larger capelin we expect to see at the start of the migration. That’s undoubtedly already passed us now. This capelin was pretty laid back and isn’t moving fast. The roe content is still quite low.’

As well as Polar Ammassak, another Greenlandic vessel, Tasiilaq is now also fishing for capelin, and Síldarvinnslan’s Barði has also sailed to join the capelin fishery.