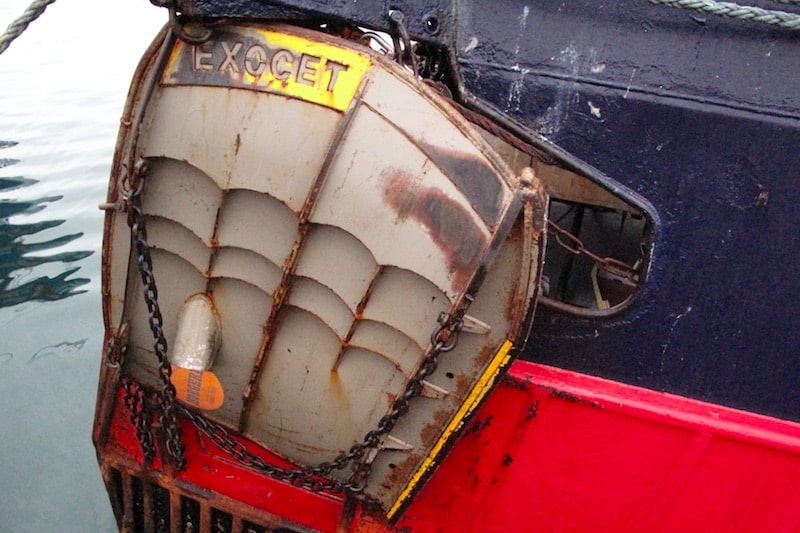 Canadian fishermen will have the opportunity to see for themselves the benefits offered by using Exocet trawl doors at the forthcoming North Atlantic Fish & Workboat Show (16 to 17th November).

The Exocet trawl door, which is manufactured by Morgère, has already proved highly popular among Canadian Atlantic fishermen with around thirty sets of doors currently in use in Gaspésie, Newfoundland, New Brunswick and Nova Scotia.

Canadian skippers have been attracted by the robustness and stability offered by the Exocet door, combined with the reduced drag that benefits fuel consumption. A key feature is the lower angle of attack compared with a standard door,while maintaining the same spread.

Exocet, which comes in a range of different sizes, is ideal for shrimp and whitefish demersal fishing in Canadian Atlantic waters. Morgère’s PV3 trawl door has also proved very popular with Canadian fishermen.

In association with Canadian agent Agrés de Peche, Morgère will be displaying a scale model of the Exocet at the North Atlantic Fish & Workboat Show and explaining to skippers the key advantages offered by the door.

‘Exocet trawl doors have proved extremely popular among Canadian fishermen because of its versatility and excellent performance in their demersal fisheries,’ said Michel Dagorn at Morgère.

‘We are looking forward to meeting with existing and new customers at the show.’

The North Atlantic Fish & Workboat Show will be held at the Mile One Centre in St. John’s, Newfoundland. A biennial event, the show featured more than 100 exhibitors in 2016.

This is the future – steerable trawl doors in action