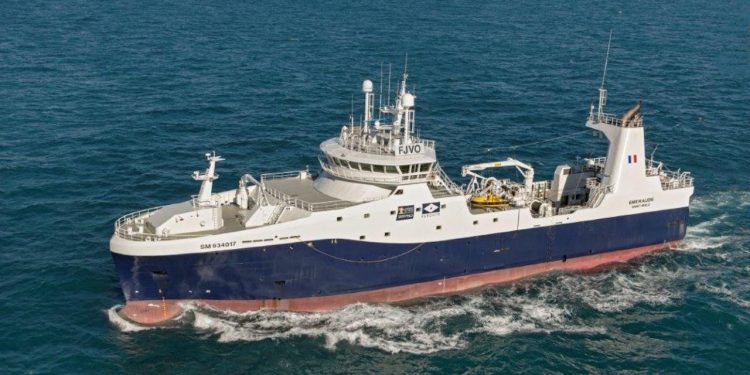 Every EU fishing company active in the cod fishery in the Barents Sea represented by Europêche and ENAFA has signed an appeal to President of the European Commission Ursula von der Leyen to defend the rights of European fishermen to take a stand on their behalf as they see Norway making a bid to snatch long-held fishing rights in the Svalbard zone.

Due to the disagreement between the two parties, the EU had to provisionally allocate a partial cod quota to European vessels for 2022. This reduced quota of 4500 tonnes expires at the end of March and a new quota allocation has to be issued.

Given the lack of real progress in the bilateral negotiations, the EU organisations have called on Ursula von der Leyen to signal real determination and set a unilateral allocation of the full amount that historically corresponds to the EU fleet (19,636 tonnes), plus 4964 tonnes of cod Norway owes from 2021.

For 14 months the EU has been trying to reverse a crisis unilaterally triggered by Norway back in December 2020. According to the Europêche and ENAFA, Norway’s attitude in illicitly grabbing EU quota shows not only flagrant disdain for international law but also a blatant disrespect for the EU as a partner and an ally.

‘We fail to understand why Norway can take such an action to attack the rights of the EU in such a blatant manner. We call on our political leadership to send an effective signal of determination to the Norwegian authorities,’ said ENAFA President Diek Parlevliet.

‘For that purpose, the EU must fully allocate the quota rights of cod in the Barents Sea. This amount to 24,600 tonnes, including the 4964 tonnes withheld from the EU fleet in 2021. This EU decision should come with the corresponding mechanisms that will ensure that this quota can be properly handled until the situation with Norway is resolved.’

The organisations seek to remind that Norway exports to the EU over €1.3 billion annually in seafood products, mostly tariff free, and they have continued to do so. The quantity of quota withheld from the EU represents barely 1% of the total Barents Sea cod TAC, and 0.5% of the quota available to Norway – but this amounts to 25% of the quota available to EU vessels. They also point out that half of the withheld quota would automatically be transferred to the Russian Federation as per their bilateral agreements. This was the case in 2021 and it could be the case in 2022 if the situation persists.

‘The action of Norway is not innocent and clearly represents a violation of International Law,’ commented Europêche President Javier Garat.

‘It also poses intriguing questions against the background of the Russian aggression against Ukraine since, only a few days ago, the Norwegian Minister of Fisheries stated that Norway is committed to continue its full collaboration with Russia in fisheries management and trade. This means that Russian cod landed, processed and sold in Norway can continue to be exported as Norwegian product to the EU. While the US and the UK are respectively closing and restricting its market to Russian seafood products, Norway seems to go in the opposite direction.’

The standpoint of Europêche and ENAFA is that if no seafood-related trade actions against Norway is adopted by the EU, the only alternative is to decide for a unilateral allocation of the full amount that the Treaty of Paris and the EU-UK Trade and Co-operation Agreement determine for the EU fleet.

They are calling on EU decision-makers to take this decision in the Fisheries Council of 21st-22nd March 2022.