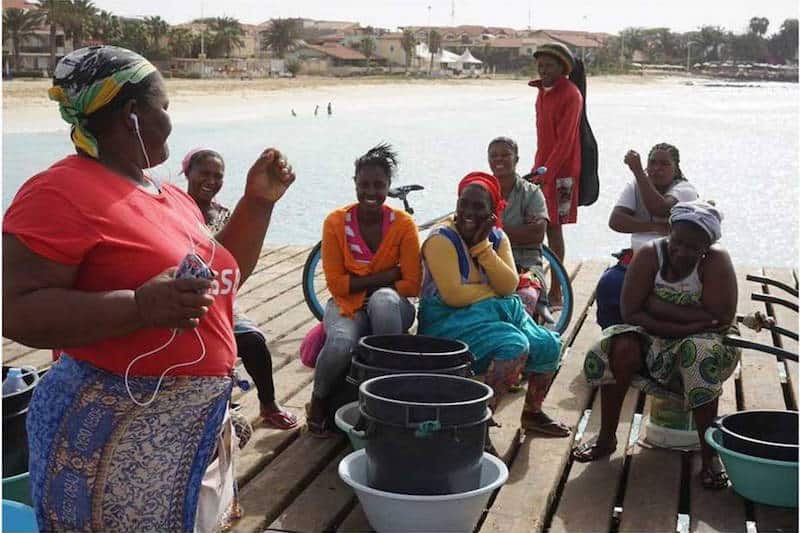 Mindelo in Cabo Verde was earlier this month the centre of the debate over promotion of Blue Growth policies and investment strategies across Africa.

Discussion on the Ministerial Panel highlighted many of the similar challenges faced by coastal communities and small island developing states when it comes to achieving the objectives of Agenda 2030, and in particular its Sustainable Development Goal 14, conserving life under water.

This Conference was designed to contribute directly  to informing the perspectives of SIDS and least developed countries (LDCs) on achieving SDG target 14.7, an area increasingly important for countries in the lead-up to the UN Ocean Conference in June in New York.

Alvin Da Breo, Minister of Agriculture, Lands and Forests in the Caribbean island of Grenada highlighted challenges familiar to many other SIDS.

‘Grenada is a small island developing state that is extremely vulnerable to the negative impacts of climate change. There is very little land in Grenada’s limited land mass that can be dedicated to agriculture and livestock, and therefore Grenada relies heavily on fisheries to supply nutritional and economic benefits to its population,’ he said.

‘Marine pollution is a serious concern in Grenada, and we have embarked on an educational programme that aims to reduce pollution and excess pesticide use. The designation of no-fishing zones and MPAs in our waters aims at replenishing fish stocks, while the establishment of coral nurseries contributes to the replenishment of coral reefs and provides local jobs.’

‘We are now engaged with the World Bank for coastal development and also with FAO to fight illegal, unreported and unregulated (IUU) fishing and to create jobs for coastal communities. This conference allows an opportunity to discuss challenges and opportunities to our countries, and to help us to better utilize our aquatic resources as part of a sustainable ocean economy.’

‘The Blue Growth approach brings together a wide range of environmental, economic and social policies and activities – ranging from trade, transport, tourism, livelihoods, energy to carbon sequestration. Blue Growth policies are extremely cross-sectoral, and these multidisciplinary approaches make them a good opportunity to engage with the private sector for investment and innovative financing opportunities,’ she said.

FAO’s Representative in Cabo Verde, Rémi Nono Womdim spoke to delegates about Blue Growth activities in Cabo Verde, specifically its work with FAO on implementing the Blue Growth Initiative, which began in 2015 and resulted in the Government adopting a Blue Growth Charter to co-ordinate all Blue Growth policies and investments.

Thanks to additional support from the African Development Bank and the World Bank, this Blue Growth work in Cabo Verde is currently being expanded.