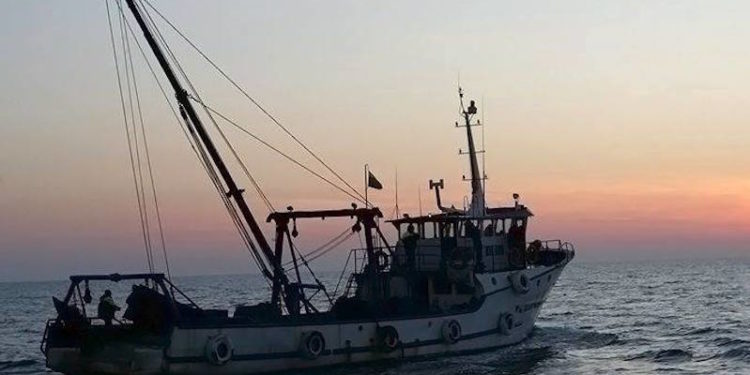 A statement by Black Sea Sunrise has been addressed directly to Minister of Food and Agriculture Desislava Taneva, the chair of the Executive Agency of Fisheries and Aquaculture (EAFA) Valentin Valkov and the mayor of the port city of Bourgas (where EAFA is based) Dimitar Nikolov.

According to Black Sea Sunrise, the statement has become necessary as it claims there has been complete administrative silence over the problems facing the fisheries sector.

‘You have had more than a month top respond to our concerns and we have heard nothing, except that you have made media statements but refused to meet us. This can not continue.’

‘We have seen media statements that you expect to sit around a table and “fix things” with long weekly meetings that we hear about afterwards when there are increasingly absurd rules. It is sad that you believe this is a way to “fix” things, or that you expect problems to solve themselves. It’s scary that you think this is how problems can be solved.’

Black Sea Sunrise states that the EAFA’s control activities have become repressive, with aggressive application of regulations and owners warned that their fishing rights could be withheld. According to Black Sea Sunrise, many of these regulations have been invented by EAFA staff.

‘At our last meeting we heard frightening accounts of pressure, coercion and threats made by EAFA staff. Is this normal practice in your organisation?’ Black Sea Sunrise asks, directing its question to EAFA head Valentin Valkov.

The fishermen’s organisation cites unworkable regulations that prohibit trawlers transiting some zones with catches on board, and asks why these regulations are in place, in spite of expert advice.

‘Does this sound normal? Isn’t this complete stupidity? Anyone can make a mistake, but you have repeated that this is EAFA’s position until a higher authority lifts those rules. This isn’t just repression – this is a farce that threatens businesses and livelihoods,’ states Black Sea Sunrise, adding that quotas for turbot are also unrealistically low, but this is only part of the problem the Bulgarian fishing sector faces.

The fishermen also question the role played by Dimitar Nikolov, the mayor Bourgas where EAFA has been based for the last year.

‘Among the industry the opinion is that EAFA employees enjoy special patronage that precludes measures being taken against them. We believe that this is not the case, but this issue requires clarification. We are sure that your experience and professionalism would be useful to EAFA, but we find it necessary to dispel the doubts that EAFA is under the mayor’s authority as well as that of the Ministry.’

According to Black Sea Sunrise, the Ministry and EAFA have no policy for defending Bulgaria’s fishing interests at EU level, pointing out that with just 4% of Black Sea quotas between them, Bulgaria and Romania between them have to comply with some of the region’s most stringent regulation.

‘Both the Ministry and EAFA have failed to protect the national interest on equal access of Bulgarian vessels in EU waters in the Black Sea,’ the organisation states. ‘EAFA has not provided marks for gear as required by the EU, which is particularly important for compliance with EU rules. The Ministry has not developed its information systems, makes it impossible to implement the commitments of our country to electronic reporting and hence to sanctions imposed by the EU.’

‘The aim of our current protest is to get EAFA to end its repressive regime and to take responsibility for its remit, which we believe should be through the removal of those responsible for what has happened.’

‘A failure to respond will not solve the issue,’ Black Sea Sunrise states.