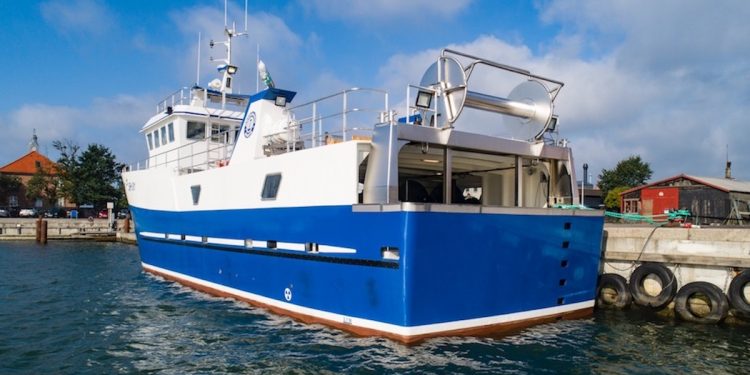 It was coincidence that took Icelandic fisherman Pétur Pétursson to the Bredgaard Boats yard in Denmark when he was looking to replace his 15 metre netter, and the result is a netter/seine netter offering more capacity, as well as more comfort.

‘I saw something about Bredgaard Boats online, sent a message asking for information, and they invited me to come and see a new boat that was almost finished,’ he said.

‘I liked the look of what they were doing, and that each boat is built individually instead of from a set of standard moulds.’

It has been a roughly two-year process from the contract for Bárður being signed to delivery.

‘I brought a lot of my own ideas to this, and the design work was done by Borghegn Yachtdesign, which has completed a number of designs for Bredgaard Boats. They completed the design and the drawings for the boat. It’s exciting to be starting to fish on such a new and well-equipped boat,’ Pétur Pétursson said, adding that after the delivery trip, they expect to be able to start fishing fairly soon.

With an 85 cubic metre fishroom capable of carrying up to 55 tonnes, this also opens up possibilities for longer trips than was possible with the older boat. At 26.85 metres and with a 7 metre beam, Bárður SH-81 is the largest GRP vessel in the Icelandic fleet – and one of the largest of its kind in the Nordic region.

‘At any rate, I haven’t seen a GRP boat of this size,’ he said. ‘The finishing touches are being out the boat in Denmark and I’m hoping to have it home before the end of September. We’ll steam home, which is exciting and we hope it performs well. It gives us a chance to try the boat out,’ he said.

Bárður replaces an older 15 metre boat with a 4.20 metre beam, so the jump to the new boat is a substantial one, both in terms of comfort and opportunities it provides. There are three two-berth cabins on board, with two toilet/shower rooms, a well-equipped galley and a messroom with places for 7-8 people.

‘I hope it’ll be more comfortable for me, with a kinder movement in sharp seas, and the conditions for the crew are much better than on a smaller boat. On the old boat we were only netting, but this one is rigged for seine netting as well,‘ he said.

So Bárður is expected to be netting for mainly cod, saithe and a small amount of plaice through the winter, before switching to seine netting in the spring through to the autumn.

‘I’ve never been seine netting and this completely new to me – so I’ll have to get someone with experience to come with us to show me how it’s done.’

Bárður’s seine net has already been delivered, made by local net loft Netagerð Aðalsteins, and designed for mixed fishing on mainly cod and plaice.

He expects to run the boat with five crew on board, and while the old boat fished from Arnarstapi on the south side of the Snæfellsnes peninsula in western Iceland and from Ólafsvík on the north side, the size of the new boat means working almost exclusively from the larger port of Ólafsvík.

‘I’m hoping we have enough quota to keep us going all year,’ he said.

The deck is laid out with a fully shelterdecked port side, partly open to starboard for handling the net hauler, and open at the stern where a substantial stern gantry supports a the blocks for the seine rope and the net drum. The seine winches are mounted on the deck under the shelterdeck and there are also bins for carrying extra netting gear.

The winches have an electric wire guiding system, a 6-tonne first layer pull and a speed of up to 25 revolutions per minute at maximum pulling power. They are controlled by a Scan Winch autotrawl computer with a touchscreen interface in the wheelhouse.

AS:Scan also supplied the stainless steel stern gantry with brackets for K300 trawl blocks and built to support the 2800mm long GM21-280-140 net drum. This has a 7-tonne first layer pull and is fitted with hydraulic brakes and safety valves.

Bredgaard Boats recently moved into new and larger premises at Rødby in Denmark, providing opportunities to build larger GRP vessels than before, and according to the company’s Michael Jakobsen, these have plenty of advantages over other materials.

‘There are savings in weight that result in lower fuel consumption,’ he said.

‘GRP requires less maintenance that materials such as steel, and the low weight also provides an increased load capacity in relation to the size of the boat.’ 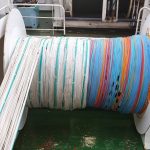 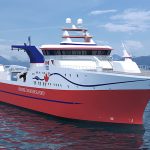 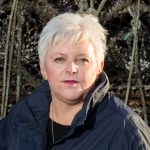 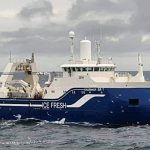