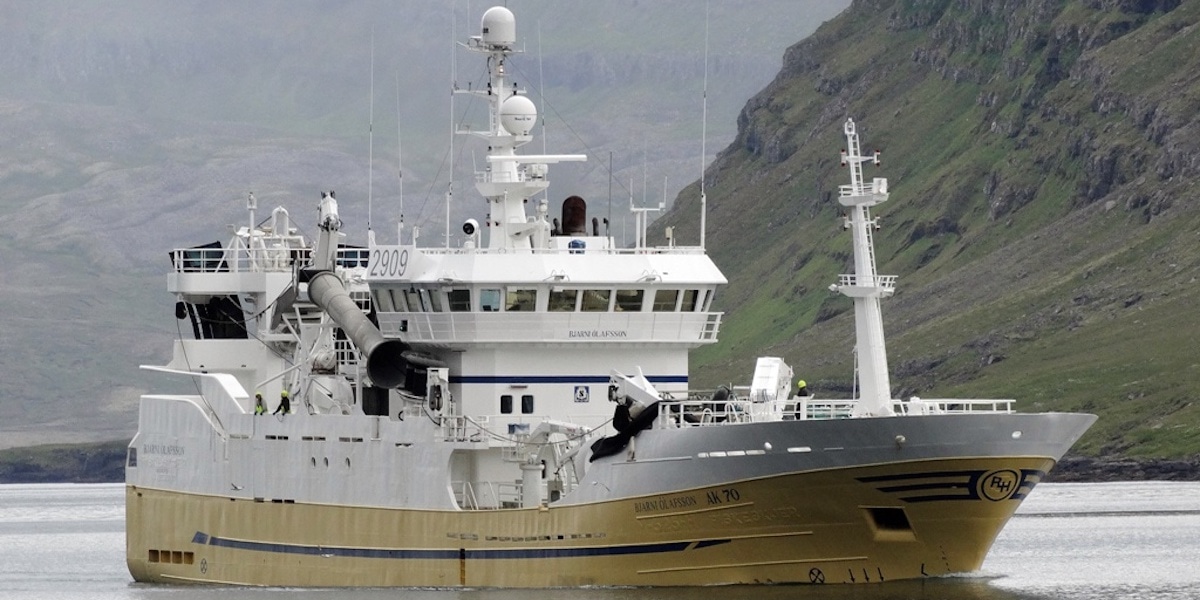 Landings of blue whiting to Síldarvinnslan in Eastern Iceland are on their way from the Faroese zone.

Margrét is about to dock in Seyðisfjörður with 2000 tonnes on board and Polar Amaroq is in Skagen with another 2000 tonnes.
According to Bjarni Ólafsson’s skipper Runólfur Runólfsson, fishing has been quiet, while weather conditions have been challenging.
‘The weather has been appalling,’ he said.
‘There are a lot of ships fishing here. They’re from the Faroes, Russia and Iceland, and catches are variable but tows are longer than usual. Recently the Icelandic pelagic vessels have been getting 250 to 400 tonnes after towing from 10 and up to 18 hours.’
He said that Bjarni Ólafsson took its fifth haul of the trip before setting course for Neskaupstaður.
‘Our best haul was 600 tonnes, which is as good as it gets at the moment, and the poorest haul was only 100 tonnes.’

Mackerel all the way to Svalbard

First mackerel of the season