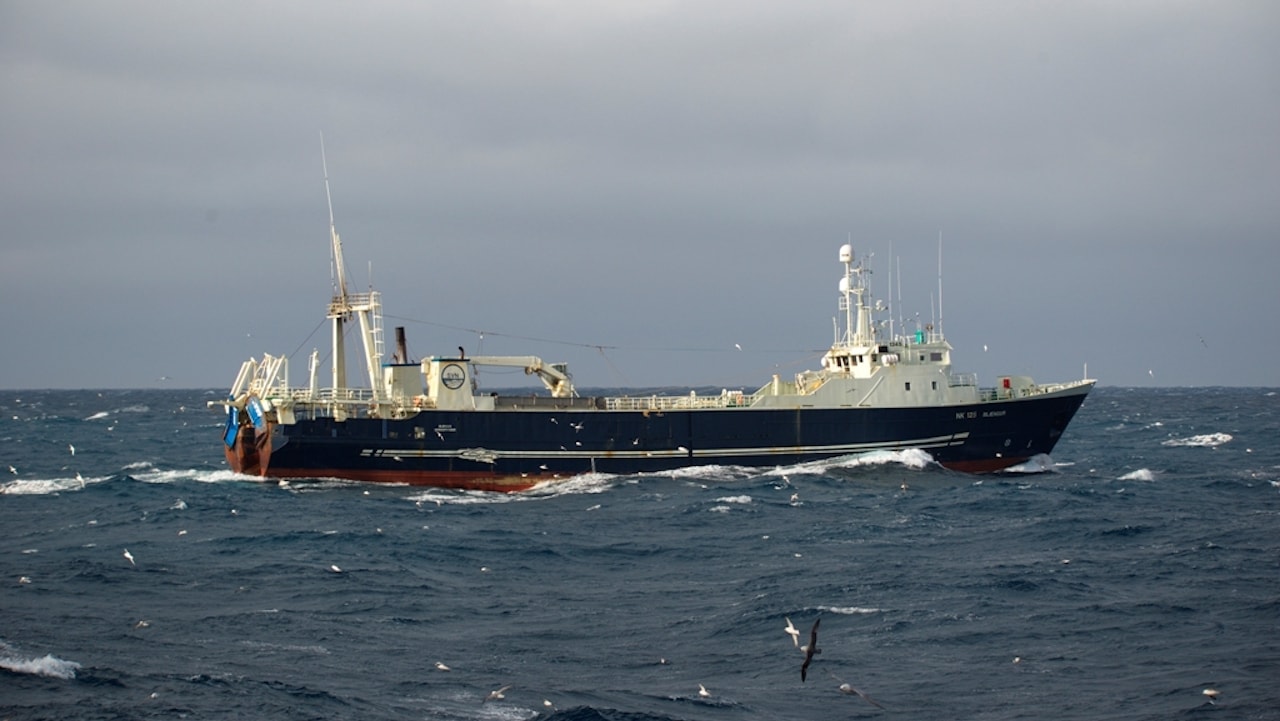 Blængur will be steaming to the Barents Sea next week. Image: Síldarvinnslan/Bergþór Gunnlaugsson

Síldarvinnslan’s factory trawler Blængur docked in Norðfjörður yesterday after a disappointing redfish trip on the Reykjanes Ridge south-west of Iceland. With the annual Seamen’s Day celebrations taking place in Icelandic ports this weekend, Blængur will be heading for the Barents Sea next week.

This year’s redfish season has been very disappointing and Blængur’s skipper Theodór Haraldsson said that after sailing on 7th May, they were fishing on the Reykjanes Ridge for twelve days for a catch of less than 150 tonnes.
‘That’s nowhere near acceptable,’ Theodór Haraldsson said.
‘Trips like this are always tough. There have been some big changes over a not very long time. A few years ago we were fishing tens of thousands of tonnes of deep-sea redfish, but those days seem to be over – or so it seemed while we were fishing there,’ he said, and added that there had been reports of good fishing before Blængur sailed.
‘But that dropped off completely. The only other Icelandic trawler fishing alongside us was Vigri, and they didn’t stay long. There was also one German, one Norwegian and some Russian trawlers. The Russians are there every year with their fleet and they fish with very large trawls.’
Theodór Haraldsson said that after leaving the fishing grounds on the Reykjanes Ridge, they had three and a half days on home grounds, looking for redfish, saithe and some Greenland halibut.
‘We had one good day in the Skerja Deeps – saithe and redfish have been scarce off the east coast. You can find cod everywhere, but fishing for cod hasn’t been open for us. Our next step is the Barents Sea right after Seamen’s Day. We’ll be fishing for cod there and hopefully we’ll do well. We need a good trip to cheer us up after the redfish on the Reykjanes Ridge.’