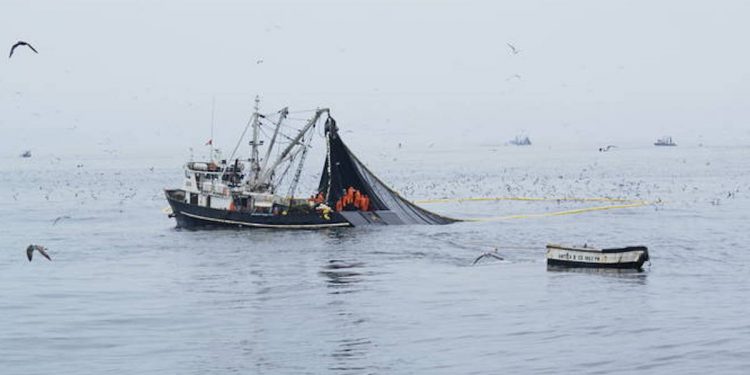 A new report presents the main regional consequences caused by the five types of the climate pattern. While considerable resources are invested in seasonal forecasts and early-warning systems for food security, not enough is known about El Niño’s impact on the fisheries and aquaculture sectors, even though its name was given in the 1600s by fishermen off the coast of Peru.

FAO is publishing, in partnership with French National Research Institute for Sustainable Development (IRD France), the report El Niño Southern Oscillation (ENSO) effects on fisheries and aquaculture. This report captures the current state of knowledge on the impacts of ENSO events across sectors, from food security to safety at sea, from fish biology and fishing operation to management measures.

El Niño is widely known as a climate pattern that begins over the Pacific Ocean but wreaks havoc on ecosystems far from its origin. Its consequences include droughts and major harvest shortfalls in large swatches of Africa and Indonesia, forest fires in Australia, and serious flooding in South America.

In the former phase, a thickened surface layer of warm water prevents cold and nutrient-rich deep ocean water from reaching surface layers where photosynthesis occurs, putting a brake on ocean production. This lowers the availability of food to local fish species such as anchoveta, which in turn either migrate southwards or suffer a productivity collapse.

While understanding of ENSOs has developed greatly since the 1950s, researchers have also been stymied as its incidences are rarely similar. Adding to the complexity is that the frequency and intensity of these events appear to have increased in the past two decades, with some climate models suggesting these trends may continue as the climate changes.

‘ENSO is not just a binary phenomenon (either warm or cold). Every ENSO event is different in signal, intensity, duration, and so are their consequences,’ said Arnaud Bertrand, marine ecologist at IRD, who co-ordinated the report.

‘Understanding the diversity is key to developing predictive and preparatory capacities.’

International experts based in Chile, France and Peru were recruited to produce this report. It addresses successively the diversity of ENSO events, ENSO forecasting, ENSO in the context of climate change, global overview of ENSO impacts, Assessment of regional ENSO impacts on marine capture fisheries, coral bleaching and damage to reefs and related fisheries; ENSO and aquaculture, and ENSO and inland capture fisheries.

For marine fisheries, the volume as well as the dominant species in fish catches can change dramatically depending on the type of ENSO. While the bulk of the net change is on Eastern Pacific fisheries, there are notable impacts on some fish populations in the Atlantic Ocean and some impact on tuna fisheries in the Indian Ocean. Further analysis of fish populations and sizes could shed light on longer-term effects as ENSO events alter habitats and marine food webs long after they are over.

Fostering nimble fishing techniques can contribute to resilience, as Peruvian fisheries showed when they adjusted to catch more shrimp that moved into warmer waters and thus offset the missing anchoveta. At the same time, the authors note that El Niño events do not necessarily favour alternative species productivity of sardine and mackerel populations but rather increase their susceptibility to capture – relevant information for fisheries management systems in operation.

Evidence also suggests that ENSO events can significantly affect aquaculture output, particularly for marine plants, molluscs and crustaceans, while triggering shifts to more drought-resistance species in inland fisheries in countries such as Uganda.

Currently, reasonable forecasts can be made up to six months in advance, but with very little ability to predict which (ENSO) type will occur. ENSO has important impacts on cyclonic activity, ocean conditions or precipitation. The authors conclude the report with perspectives for ENSO preparedness in a warmer world.