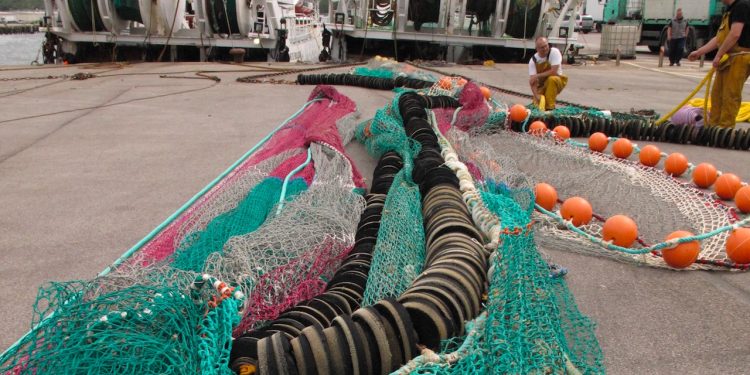 Seabeds are in good health where trawl fisheries are sustainably managed, according to an innovative world-wide study of the impacts of bottom trawling.

The first study of its kind, by Bangor University with collaborating research institutes, published this week in Proceedings of the National Academy of Science (PNAS w/c 3.1.22) builds on recent international collaboration. It brings together data from 24 large marine regions around the world to establish a relationship between distribution and intensity of trawling activities and the health of seafloor communities.

‘The results show that effectively managed and sustainable trawl fisheries are associated with regions having high seabed status of 0.95 or more,’ he said.

‘Regions that had low seabed status scores were places where fish stocks typically are over-exploited and have ineffective management regimes. Detailed data were not available for all jurisdictions where bottom trawling occurs, but importantly, this study provides the world’s first statistics to estimate the impact of global trawling and provides an evidence base to inform effective improvements to trawling practices worldwide.’

‘By bringing these data together from across 24 large marine regions of the world we are able to establish foundational statistical relationships between trawling activities, their impacts, and ecosystem status, including implications of trawl-gear choices and spatial distributions of trawl intensity,’ he said.

‘This research is a critical step in moving towards an overall estimate of the global impact of trawling, and understanding the steps required to improve fisheries management, reduce exploitation, improve stock sustainability and the status of the seabed environment. The study also showed that regional seabed status may be predicted from simple metrics of a region’s total amount of trawling, enabling preliminary assessments needed to improve trawl management in developing countries where data is limited.’

According to professor Geert Jan Hiddink of Bangor University’s School of Ocean Sciences, when comparing the seafood production versus the impacts of bottom trawling relative to other human land-use footprints in the UK, such agriculture, is it clear that the footprint of bottom trawls around the UK is large.

‘But that the impact of trawling in much of this footprint is limited,’ he said.

‘Nevertheless, many areas are intensely trawled and have low seabed status, for example in muddy areas where Norway lobster is targeted in the Irish Sea using otter trawls – these areas are priorities for new research to map sensitive seabed habitats and assess their exposure to and risks from trawling. The work provides a valuable data source and guidance for policy makers and managers seeking to manage commercial trawl fisheries sustainably.’

The percentage of each region where highly sensitive biota, known as Vulnerable Marine Ecosystems, are able to maintain status >0.8, ranges from only 18% of seabed area in the Adriatic to 98% in southern Chile and is >80% for ten non-European regions.

For two regions around the UK included in the study, detailed trawling data were available and indicate that the regional-scale status of UK seabeds is relatively low (around 0.83), and ranked between 6 and 8 out of 24 in terms of impact, compared with other regions.