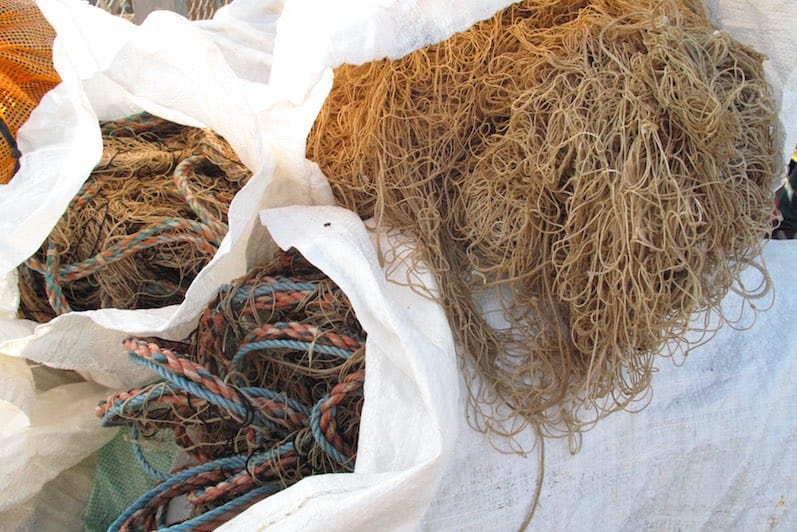 Newhaven fish traders MCB Seafood have set up a scheme to dispose of worn out fishing gear, working with the Global Ghost Gear Initiative and Danish company PlastiX Global.

The first collection point on the quayside at Newhaven allows local fishermen to dump their worn out gear, with trammel and gill nets bagged for collection and heavier trawl gear in a skip. The netting is then trucked to the PlastiX Global factory in Denmark where it is sorted, cleaned and recycled to produce a range of goods from socks to surfboards.

He commented that MCBSeafood has been growing steadily and both its long-term customers and new customers have increasingly asked for assurances that seafood is of sustainable provenance. As well as establishing the netting disposal scheme, MCB Seafood has been instrumental in getting more UK fisheries certified by Friend of the Sea, to the point that the number of British fisheries now approved by the organisation has grown from 11 only a couple of years ago to 28 today.

The netting disposal scheme, which saves fishermen hundreds of pounds a year each in disposal costs and also ensures that netting is recycled instead of becoming landfill, is to be extended to neighbouring ports of Shoreham and Eastbourne in the near future, with the possibility of installing disposal facilities at more fishing ports.