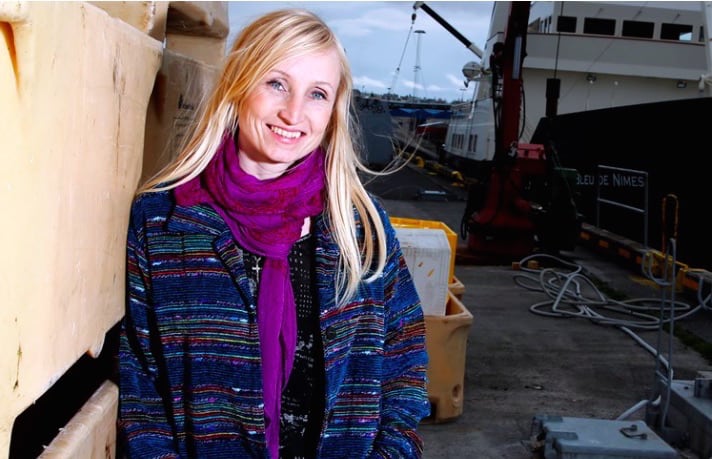 A pair of fresher trawlers being built for Icelandic operators at the Huanghai yard at Rongcheng in China are expected to be among the most environmentally friendly to date.

According to project manager Rakel Sævarsdóttir at design company Skipasýn, the new Páll Pálsson for Hraðfrystihús Gunnvör in Ísafjörður and Breki for Vinnslustöðinn í Vestmannaeyjum (VSV) are designed for exceptional fuel economy and minimal effects on the environment.

The high fuel economy hinges on the high-diameter propeller that is expected to provide more power for fuel than conventional propolusion systems. Skipasýn has been working closely with the two fishing companies on the design of the propeller that is predicted to save 30-40% on fuel consumption.

‘Our calculations show that a five-metre propeller is 30-40% more economic than a three-metre propeller,’ Rakel Sævarsdóttir said, adding this ‘super propeller’ is a good option for areas where ports have enough depth of water to cope with the deeper draft that the propeller requires in a vessel’s construction.

She commented that most fishing vessel propellers are around three metres in diameter and 13-16kg of towing power is generated for each hp from the main engine. These two new trawlers with their 4.70 metre propellers have a towing power of approximately 20kg per hp, giving then 45% more towing power per hp than the older trawlers they are replacing.

The two Skipasýn-designed trawlers are making good progress at the Huanghai yard since they were launched earlier this year, and fitting out is coming along well as Páll Pálsson and Breki are expected to be delivered this autumn.

From Vietnam to Canada: Atlantic Titan in first trip