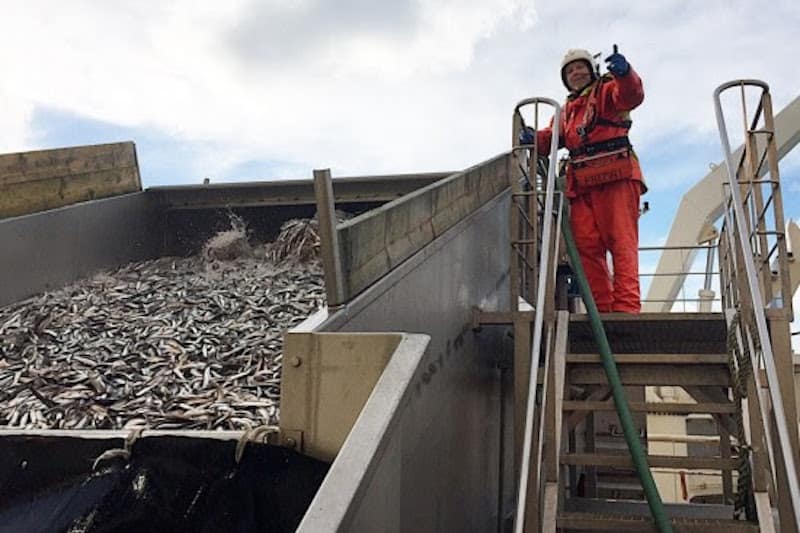 Less than 24 hours after the seamen’s strike ended on Sunday night, two of Síldarvinnslan’s pelagic vessels were steaming home with 5200 tonnes of capelin.

Börkur and Beitir were among the first to sail on Sunday night when the end of the strike was announced and were docked relatively close to the east coast fishing grounds where capelin are migrating southwards along the coast.

Both were on the fishing grounds and ready to shoot their gear before dawn the next morning. Beitir took 2700 tonnes of capelin in three shots, setting of to steam home yesterday afternoon.

‘We had two thousand tonne shot and one smaller one,’ said skipper Tómas Kárason, expecting to be alongside at Neskaupstaður during the night. ‘This is large, good quality capelin. We have 1500 tonnes of this chilled and that goes for human consumption.’

Börkur was not far behind and had filled its tanks around the time that Beitir was on its way home. According to skipper Hjörvar Hjálmarsson, the fishing has been fantastic.

‘There is a lot of capelin about and it’s moving quickly westwards,’ he said. ‘We weren’t far from Ingólfshöfði when we took the last shot. We have 2500 tonnes, and that includes one 1400 tonne shot.’

Börkur was steaming to discharge at Seyðisfjörður and expected to be there last last night.