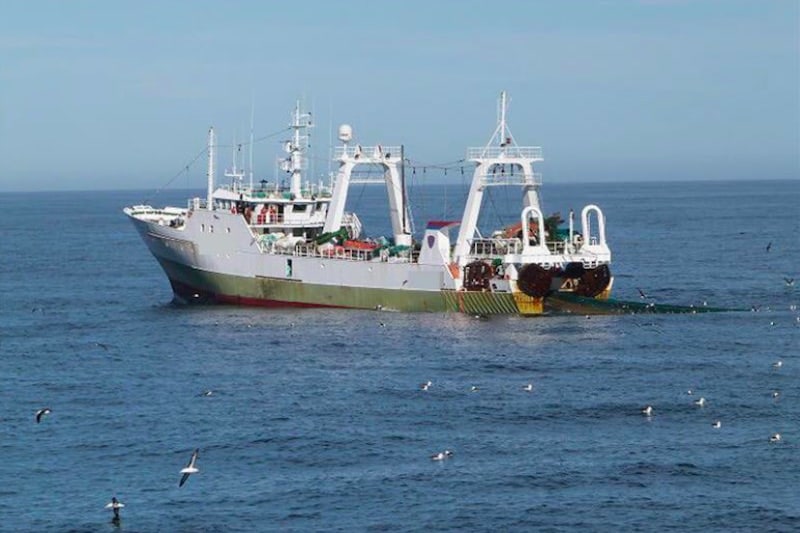 A Pontevedra-based trawler has been arrested in what Argentina claims is national waters, while the vessel’s skipper is adamant that he was fishing in international waters.

The Spanish-flagged and owned 63 metre Playa Pesmar Uno had sailed from Montevideo last month with 34 crew on board. It was intercepted by an Argentinian naval patrol, allegedly in Argnetina’s EEZ.

The trawler’s skipper co-operated with the patrol, and was instructed not to haul until a boarding party was on board.

According to Argentina’s Ministry of Security, Playa Pesmar Uno had 320 tonnes of frozen squid, ray, hake and pollock, with a value of around one million dollars.

The president of the Vigo Shipowners Cooperative (ARVI), Javier Touza, commented in a statement to Faro de Vigo that Playa Pesmar Uno’s skipper is confident that the trawler was in international waters at the time of the incident, adding that media in Argentina and elsewhere are already reporting the incident as one of illegal fishing, with no concept of ‘innocent until proven guilty.’

He added that the entire Spanish fleet is monitored by satellite from the moment it leaves port, and in this case the satellite data will have to be compared to that of the Argentinian authorities.