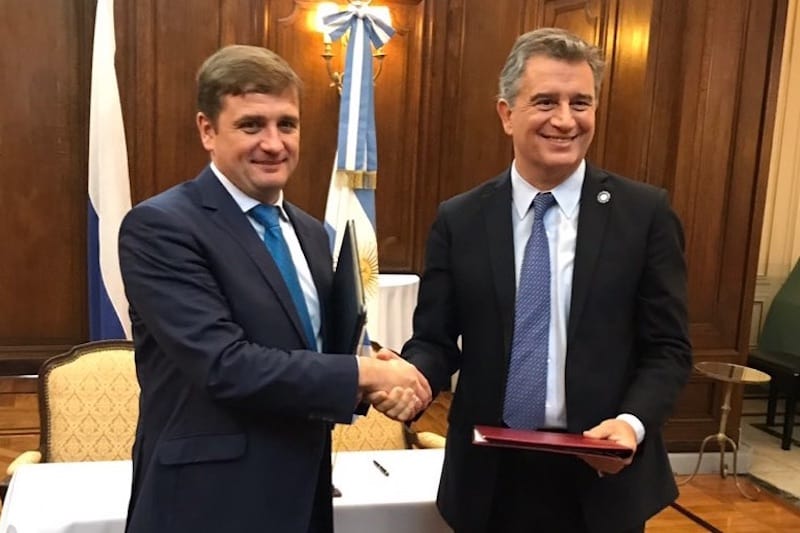 Russia and the Argentina have struck an intergovernmental agreement on co-operation on fisheries and aquaculture, with the agreement signed during Vladimir Putin’s official visit to Buenos Aires.

The deal sets out development co-operation in conservation and responsible exploitation of marine resources, combating IUU fishing, professional training, and scientific and technical co-operation. As part of implementing the provisions of the five-year agreement, a Russian-Argentine Commission on Fisheries is being established.

Plans are to co-operate on research, development and implementation of scientific and technical programmes, organisation of bilateral symposia, seminars, consultations and exhibitions, exchange information, technologies and fisheries techniques, in particular in breeding flatfish, sea bream and other species.

Ilya Shestakov commented that Russian-Argentine relations in the field of fisheries have always been based on the principle of mutual interest, respect and partnership, but, due to a number of objective reasons, practical cooperation was suspended in the 1990s.

‘The preparation of the new agreement took a long time, but this is justified by the mutual desire to develop an agreement that meets the interests of the fishermen of both countries. Today’s event is an important and crucial step for Russia and Argentina in terms of renewing historical traditions. I believe that the Agreement will contribute to further intensifying our relations and increasing their efficiency,’ Ilya Shestakov said.

East Anglia – running out of options