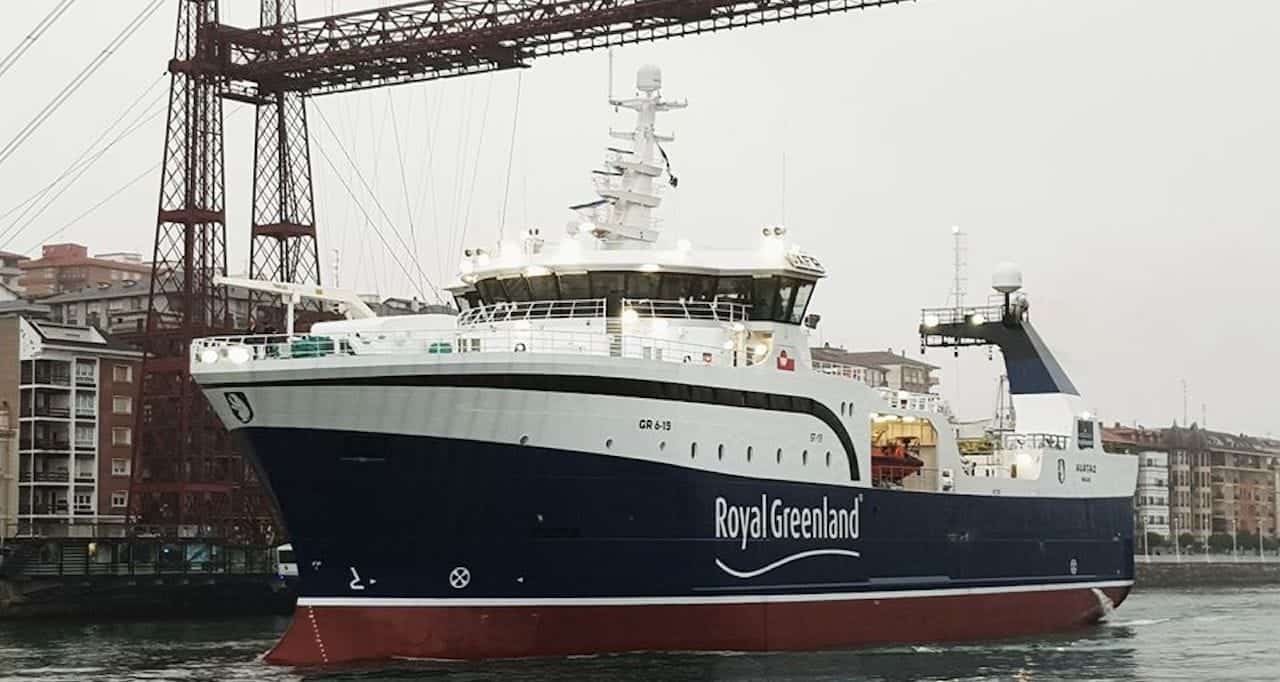 Avataq is expected to dock in Nuuk in early January. Image: Jogvan Trondarson

The Astilleros Murueta yard in Bilbao has delivered the second of two Skipsteknisk-designed trawlers for Royal Greenland. Avataq follows Sisimiut, which was handed over earlier this year.

‘We have taken delivery of the ship, but the shipyard staff and other technicians are struggling to get everything finished so we can sail to Greenland to start fishing. We expect to arrive in Nuuk on 3rd January, and sail again to start fishing on 4th January,’ said Avataq’s skipper Jogvan Trondarson.

The 82.30 metre LOA by 18 metre beam Avataq is the largest vessel in the Royal Greenland fleet, designed operate in Greenlandic and Barents Sea waters on Greenland halibut and shrimp, with catches frozen on board and stored in the 2850 cubic metre fishroom.

Avataq has accommodation for a crew of 30, a 10,000hp main engine and is fitted with four trawl winches, allowing it to tow triple-rig trawl gear.

‘We expect to start fishing for shrimp in early January. When we start, we will need to have twelve technicians on board, because there is a lot of technical equipment that needs to be adapted and adjusted,’ Jogvan Trondarson said.

Avataq’s christening ceremony will take place at the Atlantic Quay in Nuuk, followed by an open ship event during Culture Night on 18th January 2020.