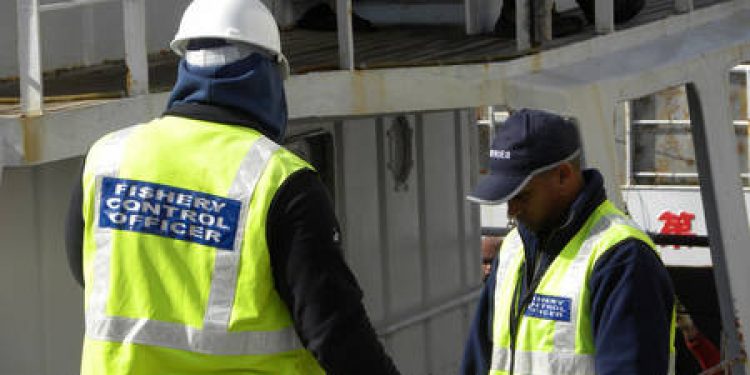 The Port State Measures Agreement aims to harmonise port controls in order to prevent illegally caught fish from entering international markets through ports. 2016 is set to be a landmark year in the fight against illegal, unreported and unregulated fishing.

At the end of 2015, Mauritius, Somalia, Palau, Costa Rica, and Saint Kitts and Nevis brought the total number of ratifications and accessions to the Agreement to 18. At the beginning of 2016, FAO welcomed the Republic of Korea as the 19th State to deposit its instrument of adherence to the Agreement.

The Agreement, officially entitled the FAO Agreement on Port State Measures to Prevent, Deter and Eliminate Illegal, Unreported and Unregulated Fishing was adopted by the FAO Conference in 2009. The Agreement will enter into force after the deposit of the 25th instrument of adherence to the Agreement.

‘The ability to turn away vessels taking part in IUU fishing will greatly reduce opportunities for selling their catch, decreasing IUU fishing worldwide.’

The Agreement promotes collaboration between fishermen, port authorities, coast guards and navies to strengthen inspections and control procedures at ports and on vessels.The countries that have deposited their instruments of adherence to the Port State Measures Agreement are Australia, Chile, Costa Rica, European Union (Note that the EU became a Party on behalf of its 28 Member States, and counts as only one party), Gabon, Iceland, Republic of Korea, Mauritius, Mozambique, Myanmar, New Zealand, Norway, Oman, Palau, St. Kitts and Nevis, Seychelles, Somalia, Sri Lanka and Uruguay.

‘The act of becoming a Party to the PSMA requires that  an original instrument of adherence, be it ratification, accession, acceptance or approval, be deposited with the FAO Director-General. In some cases the approval process leading up to authorisation for the competent authority to deposit the instrument of adherence may be simple but in others it may be cumbersome and require more time. FAO can provide guidance to interested States and regional economic integration organisations on the formats of the  instruments of adherence.’

‘These mechanisms are intended to be directed towards developing and enhancing capacity for monitoring, control and surveillance and compliance activities relevant to port State measures, as well as training for port managers, inspectors and enforcement and legal personnel, among others.’

‘Currently we are working on further strengthening  the programme with a view to delivering more directed assistance to developing States which have expressed a desire to press ahead with combating IUU fishing and adhering to the provisions of the PSMA.’

He added that regional workshops have revealed that many countries do not have adequate policies and legal frameworks to address IUU fishing.

‘The need for enhancing their capacity to conduct efficient monitoring, control, surveillance and enforcement, together with compiling data essential for port inspections, was evident. Strengthened cooperation among states, including through Regional Fishery Management Organizations, and improvements in information exchange on inspections would also serve to support uptake and effective implementation of the PSMA at a regional level.’

‘The Agreement is binding and stipulates minimum standards for the implementation of port States measures. However, countries are free to adopt more stringent measures than those outlined in the Agreement. The Agreement will enter into force 30 days after the deposit of the 25th instrument of adherence. If momentum continues as it has been in recent months, FAO is hopeful we will soon reach the twenty-five parties required for the Port State Measures Agreement to enter into force – an extremely important step in the global effort to combat IUU fishing.’