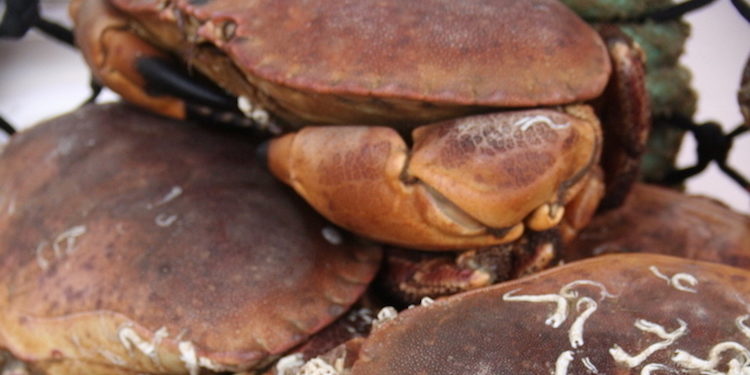 Shetland Fishermen’s Association executive officer Simon Collins has hit out at an NGO that has launched an attack on the Shetland Shellfish Management Organisation (SSMO), describing the attack as ‘bizarre, ill-founded and damaging.’

‘Who would you trust to know best how to manage natural seafood resources sustainably in a small island community?,’ he asks, commenting that the choice lies between fishermen whose livelihoods depend on sufficient stocks in conjunction with highly trained scientists whose familiarity with the surrounding marine environment is unrivalled – and a small conservation body with two executive members of staff, neither of whom appear ever to have visited the location of their chosen specialist subject.

He states out that Open Seas, which has singled out SSMO as a target, has a board of three trustees and an umbilical cord to corporate donors who fund their activities?

‘Welcome to the horror story of Shetland Shellfish Management Organisation (SSMO),’ he said, describing Open Seas, as ‘avowedly a charity but one with no understanding of how to behave in a manner befitting that status.’

‘It’s bizarre, because Open Seas has chosen to mount its attacks on a fishery that should be held up as a glittering example of modern shellfish management. It is run in accordance with a Scottish Parliamentary Regulating Order and won Marine Stewardship Council (MSC) sustainability accreditations for brown crab (the only one in the world), king scallops (the only one in Europe) and velvet crab back in 2012.’

‘It is also ill-founded, because Open Seas fails to acknowledge unique local circumstances that do not fit its warped worldview and has mis-represented or ignored a vast body of data that exists about the fishery, which is evidently well managed by SSMO out to the six-mile limit from an extremely long, windswept coastline,’ Simon Collins commented, adding that the attacks are damaging, because as a result of the publicity sought by Open Seas from sympathetic and equally ill-informed journalists on so-called “quality” newspapers, retailers, restaurateurs and other buyers are now questioning the sustainability of Shetland’s seafood.

‘So why is it open season on the SSMO? The brown crab and king scallops are currently being re-assessed for MSC accreditation and, perfectly properly, the process allows stakeholders (and non-stakeholders like Open Seas) to express their views to the MSC on the status of the stock and how it is managed.’

He asks if Open Seas’ funders – the Waterloo Foundation (an endowment from two of the original partners in Admiral Insurance), the Esmée Fairburn Foundation (M&G Investments, part of the Prudential Group) and the Craignish Trust (founded by the late Wm McEwan Younger, of Scottish & Newcastle Breweries), according to its annual report at the end of 2016 – know how seriously it has misjudged its target?

‘Let’s take two which could easily have been avoided had someone from Open Seas bothered to engage with the fishermen or the scientists,’ he said. ‘The first is a straightforward factual matter. Open Seas has claimed that the stock of scallops around Shetland has halved since 2012, when stock assessments for the SSMO area show that the biomass has remained stable, and this is reflected in very stable catch, effort and landings per unit effort data.’

‘Secondly, Open Seas has objected to the SSMO allowing scallop boats to operate inside Marine Protected Areas (MPAs), claiming that this is against the advice of the Scottish Government’s nature conservation advisers. Nonsense, frankly. The SSMO’s own management measures already protect these habitats, and would do so even without any MPAs at all.’

Simon Collins said that sensitive marine habitats have never been better protected than they are today.

‘They have been extensively surveyed and mapped; indeed new habitats have been discovered. Fishermen willingly comply with voluntary and statutory closures.’

‘We have a very well managed and sustainable scallop fishery in Shetland because fishermen, scientists and government have actively worked together to make and keep it that way. By contrast, Open Seas has resorted to a series of incorrect assertions utterly devoid of supporting evidence that together amount to a smear campaign.’

He said that if conservation groups deploy their corporate donations in the cause of belittling an island community that has successfully harvested the bountiful produce of its seas for centuries to enable people to continue living there, it is their prerogative.

‘But they need not expect any sympathy from those who know the difference between self-aggrandisement and meaningful, constructive criticism,’ Simon Collins said.