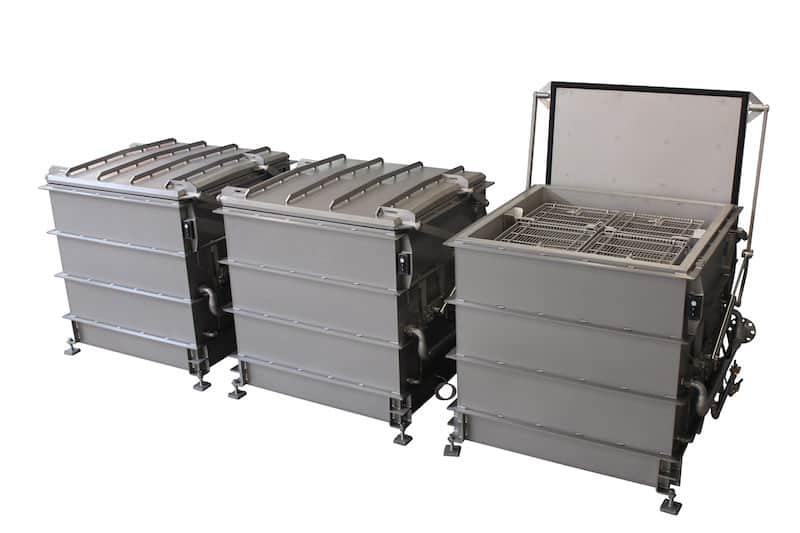 CT international has recently developed the first on board steam cooker for snow crab and other shellfish. The steam cooker allows a more gentle processing of the crab, leaving more taste and texture in the meat. This ensures a higher quality product for end-users.

Usually snow crab fishing vessels are at sea several weeks at a time. To ensure the best possible quality, the crabs are cooked, processed and frozen on board. By using a steam cooker instead of a traditional boiler the crab meat is of better quality.

‘When steam boiling crabs, the processing is more gentle than traditional boiling because vitamins, minerals and texture in the meat are better preserved, which gives it a richer taste,’ said Mathias Hvims, Business Engineer at CT International.

‘Norwegian scientists have proved that when steam boiling snow crab, shrinkage is reduced, increasing yield by 4.4%.’

Besides preserving taste in the crabs, the steam cooking method ensures a better working environment.

‘After the crabs are slaughtered the legs are lowered into the steam cooker, which is closed off during cooking. When the cooking is done, the crabs are cooled with salt water and that eliminates steam. This means that crew are not as exposed to the risk of getting shellfish asthma,’ he said.

Snow crabs are a delicacy and in high demand in Japan and Southeast Asia.

CT International will be serving steam boiled snow crab during SPG 2017 in Brussels. Meet them in hall 4 stand 5911.

CT International designs, develops and produces stand-alone machines, as well as full lines for primarily the land based industry of fish and shellfish. The company aims to increase the value added potential for the food processing industry worldwide by design and engineering of high-specifications processing equipment.

Danish Fish Tech Group is the shortcut to 85 Danish companies that are all world-class suppliers and advisors to the fish and seafood industry.