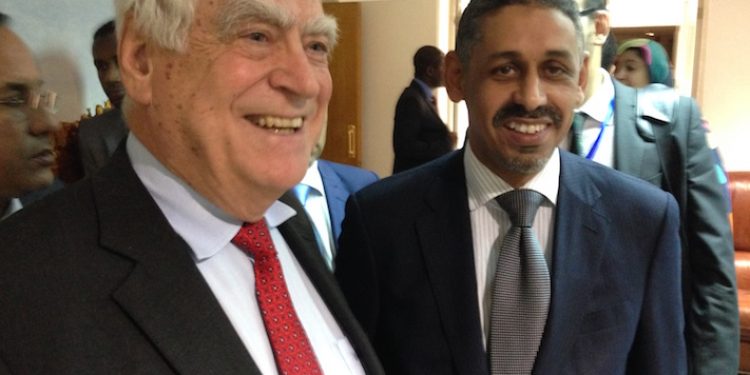 President of Mauritania Ould Abdel Aziz, who also chairs the African Union, has urged urgent action to halt the flow of illicit finance and illegal fishing.

He has called on his fellow African leaders as well as the international community to increase transparency in fisheries management, commenting that this is a vital element of sustainable development.

‘Africa has a wealth of natural resources, from oil, gas, and minerals, through to our fisheries, forests, and other biodiversity,’ he said.

‘But Africans are not getting a fair deal for these resources and transparency is a critical part of the solution, an essential ingredient for sustainable development,’ he commented, making his point ahead of an African Union summit in Addis Ababa.

‘The world wants and needs Africa’s resources, so they must also take responsibility for managing these resources well – fair deals are the only ones to stand the test of time,’ the president said.

Issued by the Mauritanian government at the end of the conference, and agreed to by participants, The Nouakchott Declaration urges a series of policy measures to tackle both illicit financial flows and illegal fishing.

Building on the African Union’s 2050 Africa Integrated Maritime (AIM) Strategy Action Plan and retention of 2015-2025 as the Decade of African Seas and Oceans, President Ould Abdel Aziz urged leaders of Africa’s coastal other nations to bring greater transparency to fisheries management, including the granting of licences and control of illegal fishing.

‘African governments have a potentially pivotal role to play in tackling the global issue of illegal fishing, but the international community must also take responsibility for combating the foreign boats that steal from African waters,’ he said, referring to the Port State Measures Agreement which needs ratification from another eleven countries anywhere in the world before coming into force.

‘This is the first African Union conference in the Decade of African Seas and Oceans, so what better way to begin that by increasing commitment to protecting our marine resources, especially our fisheries,’ said the President who has launched a Fishing Industry Transparency Initiative (FITI).

‘Better dialogue between government, civil society, and the private sector can lead to very powerful levels of trust and transparency which, in turn, can enable a country’s citizens to benefit from its natural resources, including fish,’ Peter Eigen said.

‘Fisheries are a critical natural resource for many, many people, especially here in Mauritania and throughout West Africa, so it makes perfect sense to establish a new fisheries transparency initiative that is based on the model of the EITI.’

In addition to his role with the Africa Progress Panel, Professor Eigen is also the Founder of Transparency International and Founding Chair of the Extractive Industries Transparency Initiative (EITI).