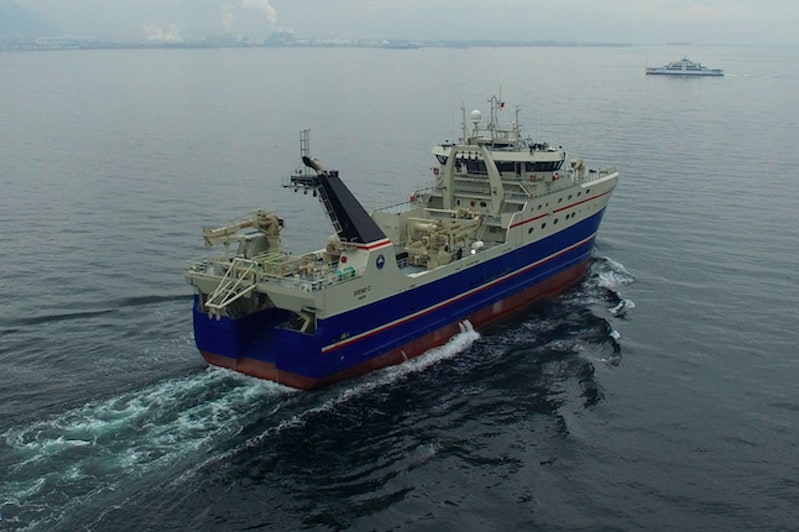 The Tersan Shipyard at Yalova in Turkey has delivered a new shrimp factory trawler to owners Sikuaq Trawl in Greenland.

The new Svend C is designed to catch and process shrimp at sea and unlike the company’s previous vessels, it also has capacity to work with pelagic gear and to process herring and mackerel on board on a seasonal basis.

The Skipsteknisk-designed Svend C has an 82.60 metre overall length and a 17 metre beam. It has a 12-cylinder 6960kW Wärtsilä main and gensets, as well as Wärtsilä auxiliaries. The factory deck is fitted out with Optimar and Carsoe systems, including four horizontal plate freezers and three IQF freezers to give the processing deck a 220 tonnes/day capacity.

Svend C called first at Fuglafjörður in the Faroe Islands to bunker and take on its Oliveira trawl warps supplied by Vónin, before steaming to Tórshavn to collect the trawler’s full package of fishing gear from Vónin’s net loft.