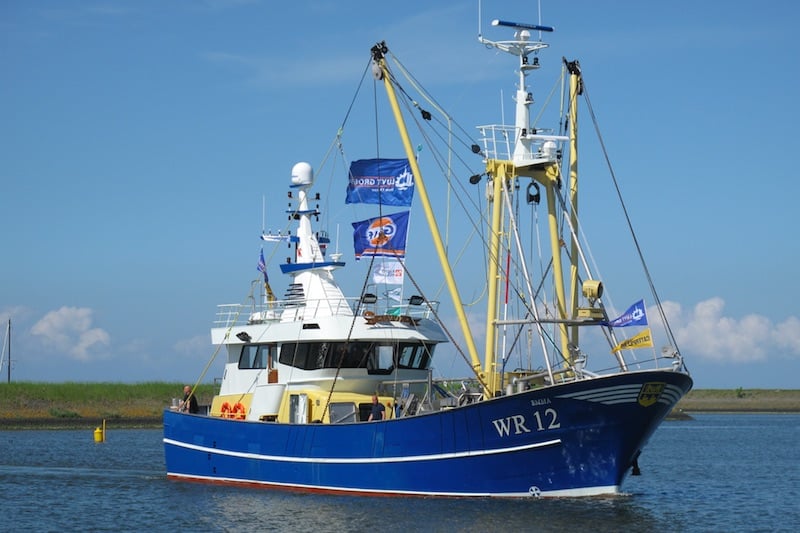 The Luyt shipyard at Den Oever is today handing over a pair of new shrimp beamers to local skippers. Designed by Luyt, the two trawlers replace older vessels and expect to start fishing this week in the Wadden Zee.

Emma WR-12 has been built for Gerard Kranendonk and Rein Willem WR-212 has been built for Rein van den Brug, and is skippered by his son Jelle. The two were designed as identical vessels, and there are only minor differences between them. The hulls were built at Buis in Rotterdam before being delivered to Den Oever in October last year for completion.

A key factor in the design of Emma and Rein Willem was to achieve minimal draft for fishing in shallow waters during the summer months when shrimp are fished on the banks in the Wadden Zee. The owners wanted a 1.70 metre draft, and that design draft has been achieved. Mounting the winches forward and careful arrangement of the fuel and water tanks contributes to making the two trawlers easy to trim for optimal draft.

Gerard Kranendonk’s older WR-12, which was also built at Luyt fifteen years ago, was sold last year and is now the ZK-14, and Rein van den Burg’s previous WR-212 has been sold to Foppe in Harderwijk and is now HK-81.