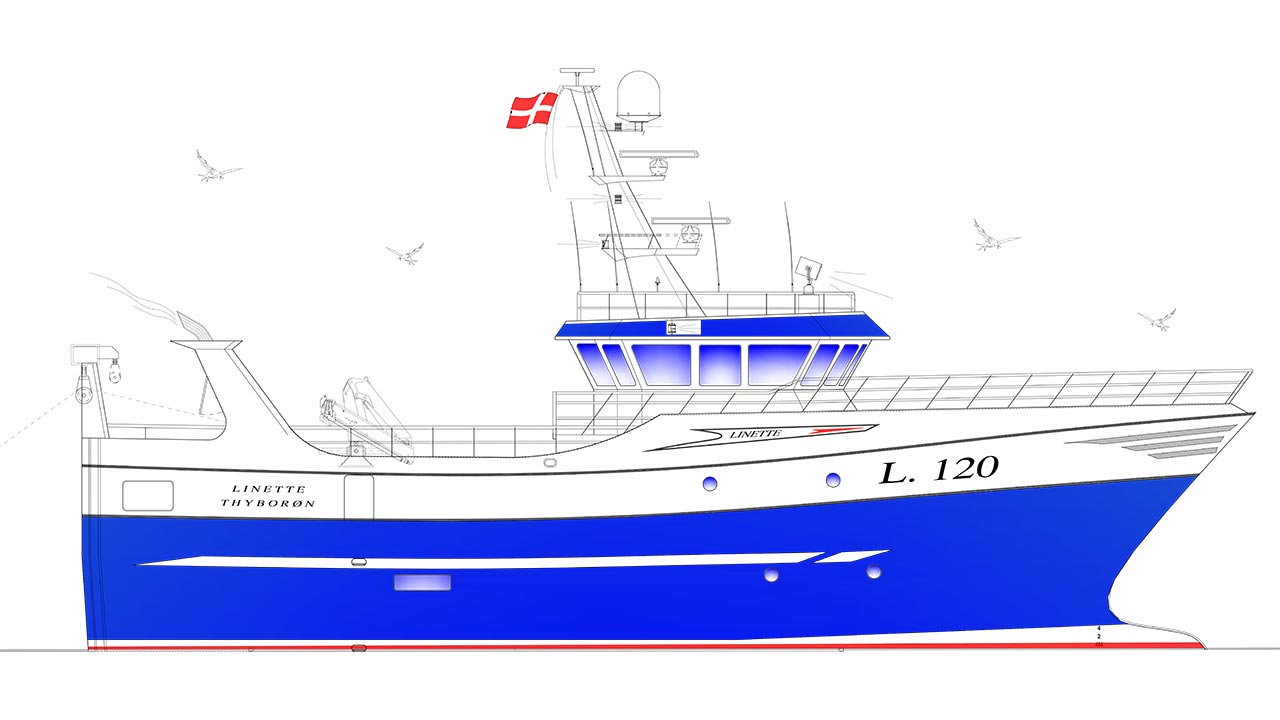 The new Linette will be fitted out in Thyborøn with a 2021 completion date. Image: Vestværft

Thyborøn fishing duo of Alfred Fisker Hansen and Tommy Svart are about to upgrade, having placed an order for a new trawler with fly-shooting capacity to be fitted out at Thyborøn on a hull built in Poland.
They struck the deal for the new trawler to be built to a Vestværft design, with a hull delivered from Poland and fitted out at their home port of Thyborøn by Tage V. Hansen at Thyborøn Skibs & Motor. At the same time, they have agreed to sell the current Linette L-120 through shipbroker West-Ship to Swedish interests, with the replacement new vessel due to be delivered in June 2021.
The new Linette will measure 28.60 metres with an 8.70 metre beam, providing more working space and hold capacity than they are used to, as well as better crew accommodation. It will have a Caterpillar main engine driving a 3000mm propeller, providing better energy efficiency along wth lower fuel consumption.

The design incorporates options for rope reels to be fitted easily if there’s a need to switch to fly-shooting.
The intention with the new trawler is also to provide a greater flexibility to cope with changing regulatory requirements in the future.
Alfred Fisker Hansen commented that in his 38 years as a working fisherman, he has seen the industry’s ups and downs, and has more than once been faced with situations – such as the present Brexit uncertainty – that looked to be unmanageable, but nevertheless were solved.
He is looking forward to the arrival of the new Linette, which will work with a crew of eight plus a trainee, working a routine of two weeks on and two weeks off.