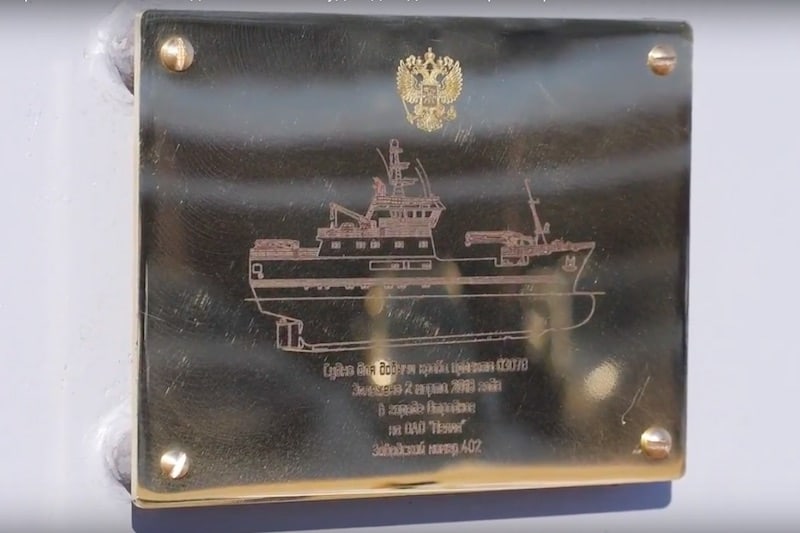 The keel of a new crab catcher for Russian Far East fishing company Antey has been laid at the Pella Shipyard in St Petersburg, following the signing of the contract between the yard and the fishing company for the first of this series of vessels.

During the ceremony, Pella confirmed its commitment to managing the construction of a series of vessels in the Primorye region, with the first of the series built at Pella’s yard to become a reference for the subsequent vessels built in the Far East. The yard will manage the technical side of the project and train the workforce for the vessels’ construction.

These fishing vessels are designed to specialise in fishing for a variety of crab species, including Kamchatka, opilio and blue crab, using Japanese-style cone traps, and with catches held in stackable cages stored in RSW tanks.

The new crabber is designed with an overall length of 50.45 metres, a maximum beam of 12 metres and an RSW capacity of 450 cubic metres. In addition, a 30 cubic metre refrigerated bait store is part of the design. The main engine will be a 1200kW Wärtsilä 6L20, providing a 12 knot service speed.

Accommodation on board the KM Ice2 AUT3 (REF) crabber is for a crew of up to 30. Planned fuel endurance is for 30 days and 6000 nautical miles, and water reserves for five days are planned, with a desalination plant on board to replenish water stocks.

The keel-laying ceremony at the Pella yard is seen as an key event, and was attended by a number of guests, including Federal Fisheries agency head Ilya Shestakov, Primorsky Territory Vice-Governor Stanislav Ershov, President of the Association of Primorye Fisheries Enterprises Georgy Martynov, President of the Antey Group of Companies Ivan Mikhnov and Antey general director Andrey Polomar, as well as representatives of the Federal Fisheries Agency’s North-Western Department, the Far East Investment and Export Agency, the Petrobalt Design Bureau, the Register of Shipping’s Baltic Branch, the Rossiysky Capital Bank, the Russian Agricultural Bank as well as representatives of both Antey Group and the shipyard’s management and workforce.