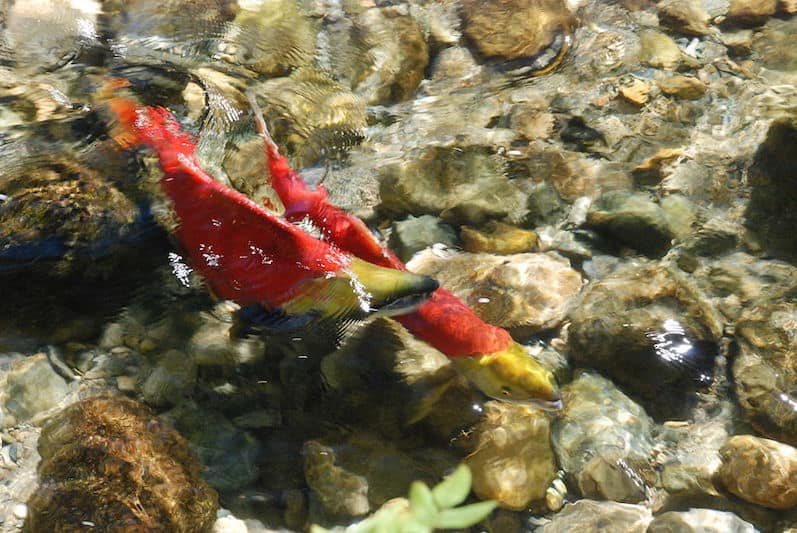 More than 50,000 signatures have already been gathered for a petition against a mining project in Bristol Bay, Alaska that is believed could jeopardise the world’s largest sockeye salmon run.

The new US administration’s significantly less rigid stance on environmental issues has already come under criticism, and local groups were sure that the Pebble Mine project was already dead, with two mining conglomerates having already looked at it in the past and decided against becoming involved in view of the strength of local opinion.

According to SumOfUs, the newly elected administration is on course to reverse policy on Pebble Mine, as well as weakening the Clean Water Act that would make the mining project easier to set up.

‘This mine is a terrible idea for loads of reasons. It would destroy America’s most valuable fishery and kill 14,000 jobs. Plus 85% of Alaskans and 73% of Americans support the EPA’s decision to protect Bristol Bay. The project also makes no financial sense: a New York investment firm just came out with a stunning analysis, declaring the Pebble Project economically inviable,’ claims SumOfUs, which is calling on the EPA and Congress to protect the world’s largest sockeye salmon run and the jobs it supports.

‘It’s people power that has stopped this mine so far — 180,000 SumOfUs members called on mining giant Rio Tinto to pull out of Pebble Mine, and thousands more chipped in to get Alaskan Native leaders to Rio Tinto’s annual shareholder meeting in London’ SumOfUs states, commenting that this local action resulted in Rio Tinto announcing that it would divest from Pebble Mine just as the Native leaders arrived to make a media splash.