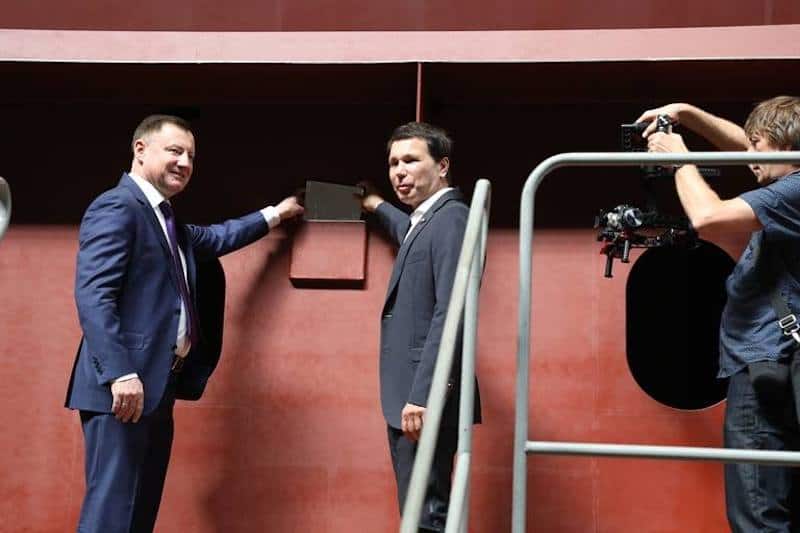 The Severnaya (Northern) Shipyard in St Petersburg has celebrated the keel laying of the first of a series of longliners for owners in the Karelia region of Russia. This is the first of two vessels for the Virma fishing company and the handover is in 2020.

Gandvik-1 is designed by Norwegian naval architect Marin Teknikk and is expected to fish for cod and haddock in the Atlantic, Barents Sea and Norwegian Sea. It is built to an MT1112XL design and has a 59 metre overall length and a beam of 13 metres, and will be equipped to freeze catches at sea with a processing capacity of 30 tonnes per day.

The keel laying was attended by deputy head of the Federal Agency for Fisheries Petr Savchuk, Igor Zubarev of the Federation Council Committee on Agrarian and Food Policy, and first deputy general director of the Severnaya shipyard Dmitry Ermakov.

Petr Savchuk commented that construction of a modern fishing fleet at Russian shipyards has become possible due to government incentives, including the programme of investment quotas.

‘At present, 17 vessels are being built with the help of the investment quota mechanism. These are large-capacity and medium-tonnage vessels. In the next five years, more than a hundred fishing vessels are expected to be built, which will require about 200 billion rubles in investment,’ Petr Savchuk said.

Virma’s director Ivan Pasynkov said that the new vessels will increase the efficiency of production, while meeting all the requirements for responsible and safe fishing activities.

According to Dmitry Ermakov, the Severnaya shipyard will build a series of three longliners; two for Wirma another for Globus, an association of fishing collective farms in the Arkhangelsk region.

In addition, in the autumn of 2018 the yard plans to lay the keel of the first of a series of trawlers for Norebo.

Seiner to fish in Angola