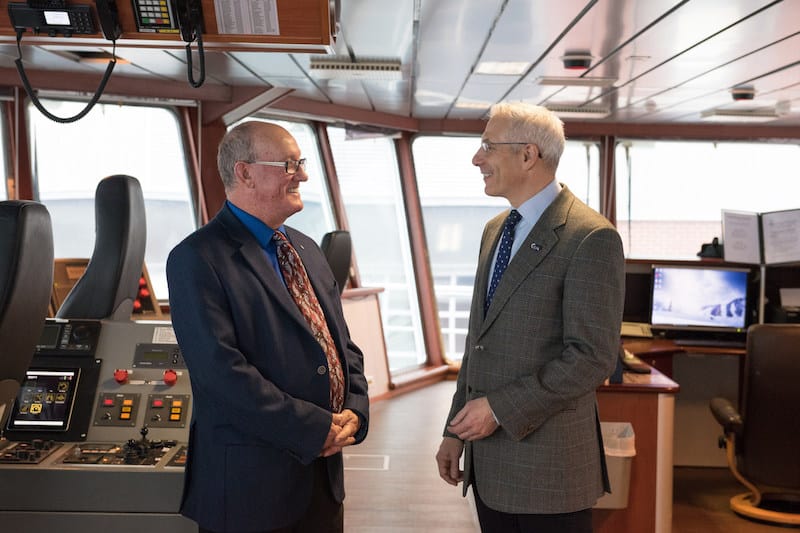 Fourteen First Nations communities in Nova Scotia and Newfoundland and Labrador have announced a landmark agreement reached with Clearwater Seafoods Incorporated on the Arctic surf clam fishery, stating that the Agreement forges a 50-year partnership that protects existing jobs while creating meaningful economic, employment and capacity building for the fourteen First Nations that are adjacent to the clam resource.

‘This is a business development model that has been successful for our community in other sectors and it makes sense to extend it to the seafood industry with Clearwater, as they have industry knowledge and experience,’ he said.

The voluntary agreement will be effective immediately and benefits to participating First Nations are retroactive to January 2019.

The Agreement will provide millions of dollars in benefits to First Nations through annual revenue sharing, training, leadership development, employment, as well as procurement of goods and services from Indigenous suppliers. The partners also commit to work together to submit an ex

‘It is historic and, in my opinion, a great example of reconciliation,’ said Chief Misel Joe (O.C.), Chief of Miawpukek First Nation.

‘Fourteen First Nations communities adjacent to this resource are working collaboratively to ensure that benefits are shared among First Nations. This agreement creates meaningful employment opportunities for our community members without displacing others who have dedicated their lives to this industry and also need the jobs.’

Miawpukek First Nation is a Mi’kmaq community located at Conne River on the Southwest coast of the province of Newfoundland and Labrador. Since being established as a reserve in 1987, Miawpukek has gone from a poor, isolated community with almost 90% unemployment to a strong community with nearly 100% full time/part-time employment. It is now one of two of the fastest growing communities in the province of Newfoundland and Labrador. According to Saqamaw Misel Joe the vision of the Mi’kmaq people at Miawpukek is to survive with dignity, culture, language and traditions intact, and the goal of Miawpukek is self-sufficiency.

This agreement is an example of business responding to the Call for Action (92) from the Truth and Reconciliation Commission and is consistent with Clearwater’s commitment to diversity in our workplace.

‘We know we can be a leader for our industry and demonstrate that Indigenous Reconciliation can unite and strengthen communities, build trust, secure existing jobs, create new ones and provide greater prosperity for all,’ said Clearwater Seafood CEO Ian Smith.

One of North America’s largest vertically-integrated seafood companies and the largest holder of shellfish licenses and quotas in Canada, Clearwater is recognised for its quality, food safety, diversity of species and reliable worldwide delivery of wild, eco-certified seafood, including scallops, lobster, clams, coldwater shrimp, langoustine, whelk and crab.

‘Clearwater supports the objectives of Reconciliation and believes business has a role in increasing Indigenous participation in the Canadian economy including the seafood industry,’ he said, adding that since its foundation in 1976, Clearwater has invested in science, people and technological innovation, as well as resource ownership and management to sustain and grow its seafood resource. This commitment has allowed it to remain a leader in the global seafood market and in sustainable seafood excellence.

‘I would like to thank Clearwater Seafoods for this initiative in building relationships that will protect jobs, grow the economy and strengthen our rural communities while continuing indigenous reconciliation,’ said Churence Rogers, Member of Parliament for Bonavista-Burin-Trinity.

‘My emphasis has always been about protecting the people in Grand Bank and the Burin Peninsula that are employed in this industry and it will remain my focus. I will always support partnerships that protect the existing jobs in the surf clam industry, and I look forward to working with all stakeholders within this important process.’

‘Clearwater has been an employer in Grand Bank for more than 25 years and is an irreplaceable part of our community.  I am proud to support their agreement with First Nations. This is a great example of how Clearwater cares about their employees and helps build strong communities.’

‘This is an opportunity to expand access and participation in commercial fisheries in a collaborative and voluntary manner. Together we can build a valuable and sustainable Canadian seafood industry for everyone while respecting historic investments.’

Shellfish and algae are the future