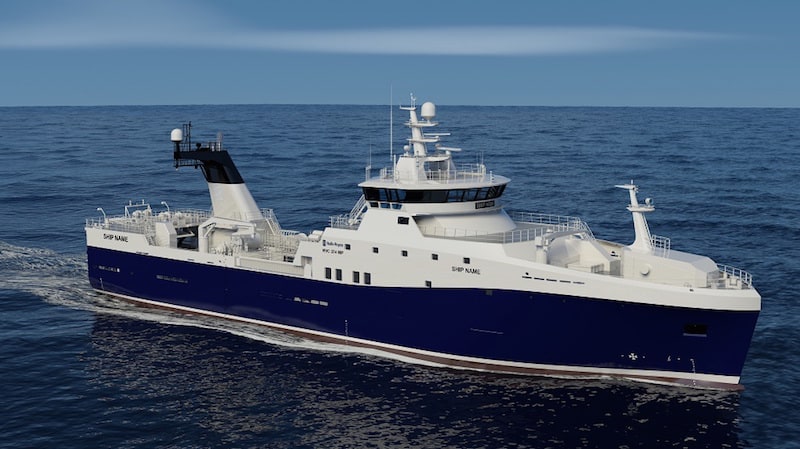 In an unusual reversal, a Norwegian yard is to build a trawler for owners in Spain. Kleven has signed a contract with Spanish fishing company Pesquera Ancora for an 80 metre factory trawler to be delivered in February 2018.

The new vessel is a Rolls-Royce design and is to be built to an NVC 374 WP and the yard’s Ståle Rasmussen said that this order confirms that the company is performing well in a highly competitive market.

He added that building in Norway for a Spanish company is remarkable in itself.

On the other hand the yard already has three trawlers to the same design on its orderbook, two for DFFU in Germany and one for Euronor/ Compagnie des Pêches in France. These operators are part of the group of companies that come under the ownership of UK Fisheries, which is in turn owned by Samherji in Iceland and P&P in Holland. As Pesquera Ancora is part of the same group of companies, the idea of a fourth vessel being added to the tally of newbuilds becomes less of a surprise.

The Kleven yard also has other newbuilds in progress, with two well boats being built for Sølvtrans and the new Gitte Henning under construction.