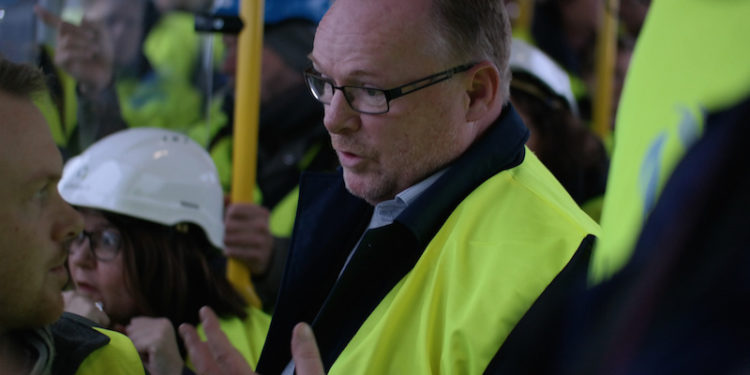 According to a statement by Norway’s Ministry of Fisheries, Norway is prepared to reach an agreement on snow crab fishing, while stating that Norway has an exclusive right to manage the fishery.

The rationale is that although snow crab are a relatively new arrival on the Norwegian continental shelf, they are a sedentary species. The statement sets out a hard line, making it clear that fishing snow crab without a licence and without Norwegian consent is viewed as an infringement and will result in arrests, as has already happened earlier this year when the Latvian-registered Senator was arrested.

‘It will happen again if someone is catching without a Norwegian license,’ the Ministry statement reads.

‘Norway is committed to responsible management of resources, and we must have control of the catch. Snow crab is still a new species in our areas, and as a coastal state has the important responsibility to manage it properly. It is important to utilise snow crab as a sustainable resource.’

The thorny issue of the Svalbard Treaty remains, and Norwegian and EU opinions differ on the matter of access to the Norwegian-administered Fishery Protection Zone around Svalbard outside the 12-mile limit. The treaty applies to the islands, but Norway’s insistence remains that it has the exclusive right to manage snow crab as it is a sedentary species that travels on its legs. According to the Norwegian statement, the idea that the Svalbard Treaty confers rights to fish for snow crab in the FPS are ‘misguided.’

Last year the Long Distance Advisory Council (LDAC) that represents EU operators fishing outside EU waters encouraged the EU Commission to issue a strong statement backing the right of EU vessels to exploit snow crab in the Svalbard zone, and the owner of the Senator has been quoted as saying that the vessel was arrested in breach of the 1920 Paris agreement on Svalbard that prohibits discrimination in trade.

According to LDAC, there have been more than twenty fishing vessels tied up in European ports, with considerable losses to the viability of those businesses.

‘The European Commission must ensure that the rights of Member States in the area are preserved and that a fair distribution of any possible quotas is ensured. The EU, as a leading world market of fish products, is entitled defend the legitimate fishing rights of EU fishermen sustainably operating in Norwegian waters and the maritime zones of Svalbard,’ LDAC’s statement reads.

‘Snow crab affects our relations with the EU,’ Norway’s Ministry states, taking an implacably hard line on the snow crab issue. ‘From the Norwegian side, we are solution-oriented. The usual way to resolve such issues is by offering exchange quotas. So far failed to reach agreement, but we have a dialogue about this. It is quite possible to reach a positive solution, and we believe that it will happen. We are willing to negotiate, but never on important questions of principle concerning Norway’s right to regulate the exploitation of resources on the Norwegian continental shelf.’