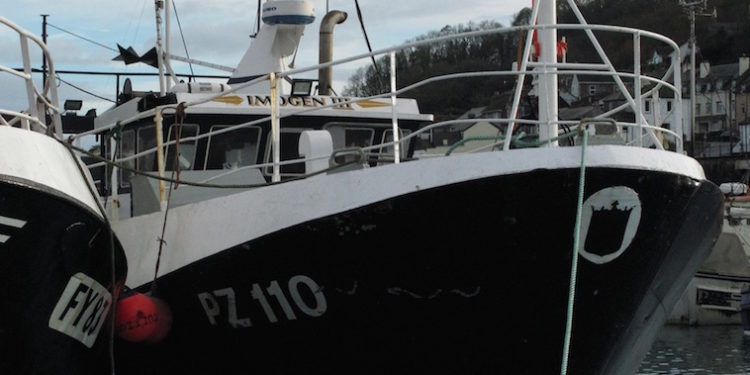 The abundance of haddock off the south-west of England and the shortage of quota are causing huge difficulties for fishermen across the region who are forced to dump fish they are not able to avoid catching.

‘Haddock isn’t the only problem,’ said Roger Nowell of Newlyn trawler Imogen III. ‘We’re throwing back small-eyed ray and common skate, as well as small amounts of bass that are going over the side dead.’

He reported that for the last trip they discarded more fish than the boat landed, losing more half of the potential value of the trip.

‘I’ve told DEFRA about the volume of haddocks we’re dumping at the moment, so they know about this. The fact that the discard ban isn’t yet enforced here for haddocks indicates there’s space for some common sense to prevail. I reckon to meet the amounts of fish out there would mean increasing the quota 400-500%, just to allow us to continue fishing,’ he said.

‘Fishing effort here is nowhere near what it used to be. There are nine trawlers fishing from Newlyn and four of those are under 10m, and there are a dozen or so beamers left. Twenty years ago there were 45 trawlers and four times as many beam trawlers. Effort has been slashed so much, you’d have thought we’d deserve some recognition for what has been done and for how much the fleet has been decimated.’
‘Fish stocks are very healthy and definitely not overfished. The idea of overfishing here is a million miles away from the reality.”

Roger Nowell said that in the twenty years since he left beam trawling and switched to fishing from his own smaller stern trawler, the state of fish stocks is easily as good as it has ever been.

‘We’re getting skate off the Wolf Rock now, when we used to have to go all the way to the Bishop Rock before to see skate. As well as skate, spurdogs are a massive menace now and they seem to be everywhere we go,’ Roger Nowell said.

‘There will be bankruptcies in this village and people like me will have their boats tied up if this doesn’t change. We’re all hoping that there’s some common sense somewhere to address this, which would also give people a chance to re-invest in business and draw in youngsters to an industry where they don’t see a future at the moment.’