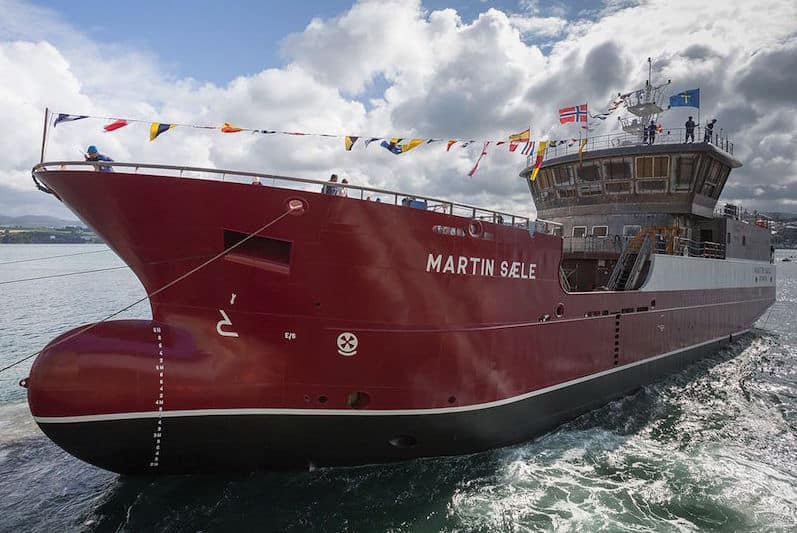 The Sawicon-designed Martin Sæle has an overall length of 49.75 metres, a beam of 12.60 metres and is designed to have a 1000 cubic metre capacity for water and live fish in its holding tanks.

Martin Sæle is expected to operate around the Shetland Islands, carrying young and fully-grown fish to farms around the coats and handling transport to and from inland factories and farms.

According to the Gondan Shipyard, Martin Sæle is a highly technologically advanced vessel capable of carrying a crew of seven, but due to its sophisticated systems will be able to operate with only four crew. Martin Sæle is being built to Sawicon’s SAW8037 design.

Now that the vessel has been launched, outfitting will take several weeks before it can undergo sea trials and then head for its charterers in Scotland