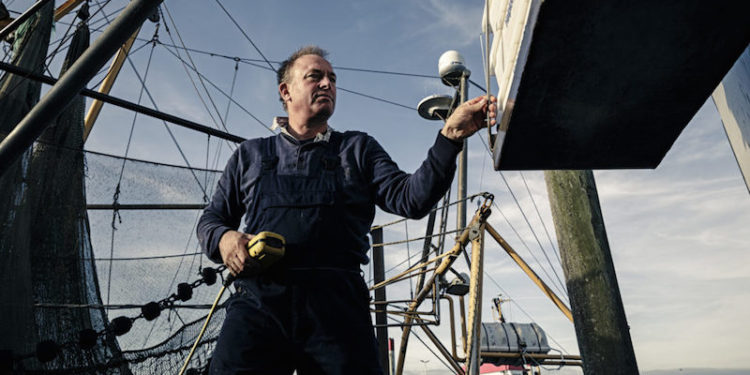 Due to be launched in December, GearingUp is designed as an interactive approach to finding ways to share information on reducing by-catches and consequently reducing discards. Led by Cefas and developed with fishermen, the Gearing Up project will give the industry straightforward access to gear trials from across northern Europe.

Aimed at fishermen, gear suppliers and fisheries managers as they work towards a compliant fishing operation by full implementation of the Landing Obligation in 2019, GearingUp provides practical information on how to fish more selectively.

It highlights gear modifications that can be made and shows detailed results on their performance.

‘Regardless of gear or catch, for those that fish for quota species, the EU-wide Landing Obligation – or Discard Ban – represents a sea-change in fishing practice,’ said Cefas fisheries scientist Tom Catchpole.

‘A key ambition of the discard ban is to incentivise fishermen to avoid catching unwanted fish in this first instance and to achieve this, it is anticipated fishermen will start to trial new methods of fishing and modify their fishing gear.’

Its initial focus is to bring together data from science and industry-led gear modification trials. This is being led by Cefas and includes data from across northern Europe and fishing gear trials carried out in French, Scottish, Danish, Swedish, German, Dutch, Irish and English fisheries.

GearingUp’s second focus is to engage with the fishing industry through targeted workshops and communications, sharing this data with fishermen, net makers and others, and seeking to understand the essential information that fishermen want to know about gear modification trials and the outcomes from those trials.

The third focus is to design an online tool that directly reflects the industry’s preferences for navigating and understanding this data. Its aim is to provide digestible information on realistic and achievable solutions for fishermen seeking to adapt their own fishing methods to reduce unwanted catches and eliminate discards.

He said that he has worked extensively with fishermen to test modified beam trawls, otter trawls, nephrops trawls and gill and trammel nets to reduce unwanted catches and support the transition to low-or-no-discard fisheries. ‘With the impetus of the ban, the demand from fishermen for more knowledge on potential gear modifications, and their likely impact, has increased. However, a lot of information from gear trials was only available through technical reports or as publications in scientific journals, where it is difficult for fishermen to access. The situation was clear: to expect fishermen to adapt to the new management system, information on fishing gear options had to be made more readily available.’

‘This realisation was the start of GearingUp: which began by collecting information on the many trials of fishing gear tested across Europe,’ he said, commenting that the next step was to present this information in a useful and engaging way so it could be accessed by different users.

Although the project launches in December, its website already has a great deal of information available.

‘That’s when I realised reinforcements were needed. The GearingUp team represents a unique blend of expertise, from fisheries science and industry-led innovation to dedicated fisheries-focussed communications. Tapping into industry’s decades of know-how on fishing gear innovation, we pulled together a clear vision for the project and tool through surveys, interviews and workshops,’ he said.

‘We believe it has the potential to provide an important resource to fishermen by helping fishing businesses succeed within the new fishing paradigm of a Landing Obligation. The GearingUp launch in December is just the beginning, because as more trials are added, the more useful it will become.

To enhance the tool further we’re also exploring the option to share non-published trials, by supporting the addition of gear experiments trialled independently by fishermen. My hope is that we can expand the scope of the tool even further – into a wider geographical range – and also in terms of the information provided; as with the project so far, all these enhancements will be driven by input from fishermen who, by using and adding to the tool, can make it their own.’