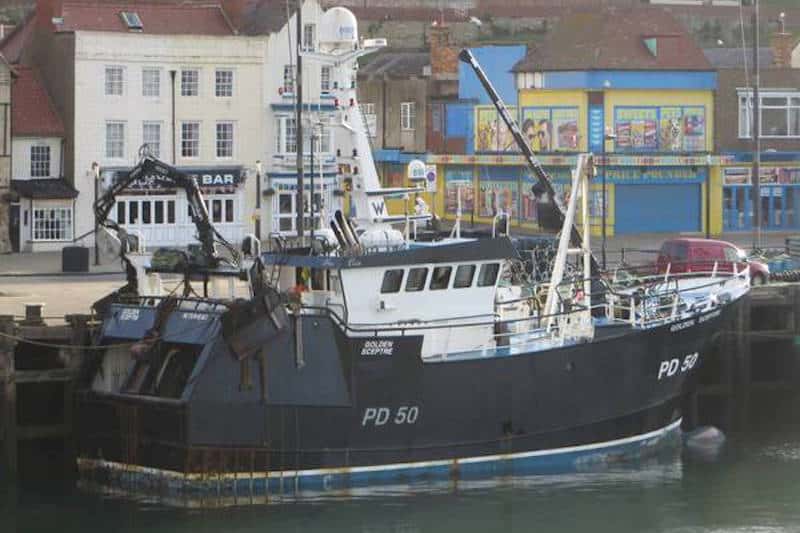 The skipper and owner of a Peterhead-registered trawler pleaded guilty to fishing offences at North Tyneside Magistrates Court in case brought by Marine Management Organisation.

The owner of the fishing vessel Golden Sceptre PD-50 and its skipper pleaded guilty to two breaches of the Fisheries Act 1981 at North Tyneside Magistrates’ Court.

The court heard that in January 2017 the vessel was boarded by officers from the Royal Navy fisheries protection vessel HMS Severn which was carrying out fisheries enforcement duties in the area.

During the inspection it was established that the vessel was not transmitting on its Automatic Identification System, contrary to Section 30(1) of the Fisheries Act 1981 as read with article 10 of Council regulation (EC) No. 1224/2009.

When questioned about this by the officers, the skipper replied that he had turned the system off in order that other vessels would not be able to see where he was fishing.

‘The court in this case considered these offences to be serious in nature and imposed significant penalties, which recognises the scale of offending that took place in failing to submit logbook information and failing to transmit AIS. Failing to comply with regulations which apply to commercial sea fishing carries with it the risk of fines of this magnitude,’ commented an MMO spokesman.