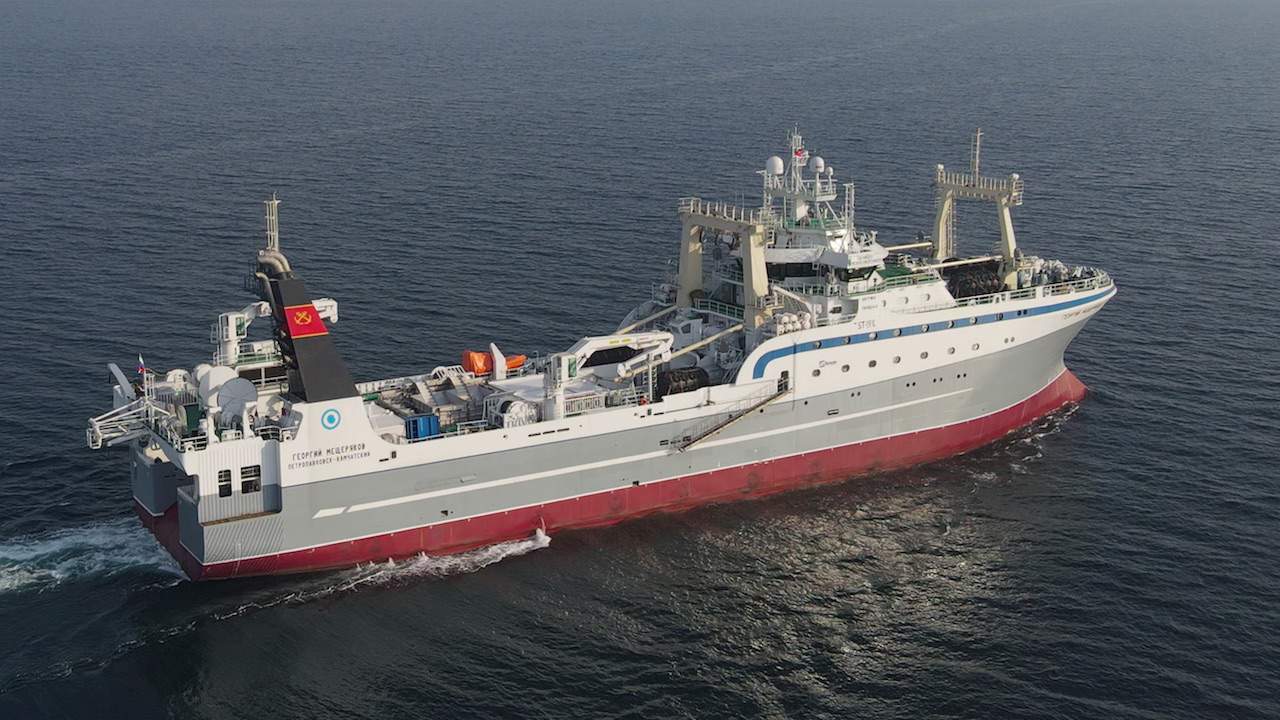 The first of a pair of new factory trawlers for Russian Far East fishing company Okeanrybflot is on its way home from its Turkish builder.

The 108.20 metre LOA, 20 metre beam Georgiy Meshcheryakov is designed by Skipsteknisk and is intended to fish for pollock in the Sea of Okhotsk and for herring, mackerel and squid in the Pacific, with production processed on board. The factory deck has a 450 tonne/day capacity for frozen products, fishmeal and fish oil, and there are 3800 and 900 cubic metre refrigerated fishrooms. Accommodation is for a crew of up to 150.

The substantially ice-strengthened Georgiy Meshcheryakov has been built at the Tersan Shipyard in Turkey, and is laid out for pelagic and semi-pelagic operation. The deck has two main trawl winches, four net drums and a set of ice gallows for working under difficult conditions.

Georgiy Meshcheryakov is designed for extended autonomy and to spend up to eleven months at sea between port calls. The second vessel in the pair, Vladimir Biryukov, is expected to be delivered in 2022.

‘The story behind this trawler began in 2015, when it was decided to renew the fleet. We were looking for an option for a fundamentally new trawler that would meet all the latest requirements and which would be suitable for operation under the harsh conditions in the north,’ said Okeanrybflot’s general director Evgeny Novoselov.

‘We looked for a designer for a long time who would take into account our requirements and create what we needed, and as a result, we trusted Norwegian company Skipsteknisk.’

He commented that for a variety of reasons, the option was taken to build in Turkey
‘This is an unusual project, because sometimes it was not easy to agree on everything, but all of those involved were determined to succeed, and therefore two years later the project has been completed.’

Evgeny Novoselov said that Okeanrybflot currently operates trawlers in the Pulkovskiy Meridian class, built in the Soviet era, but these elderly vessels have become expensive to maintain – hence the decision to renew the company’s fleet.

The new trawler is named after Georgiy Vasilyevich Meshcheryakov, the first director of Okeanrybflot. During his career he went from deckhand to skipper, and in 1964 set a record for fishing pollock with the factory trawler Uzbekistan. He passed away in 2019, as the keel laying ceremony was being prepared, and the company decided to name the new trawler in his honour. 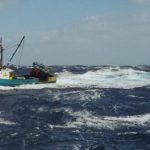