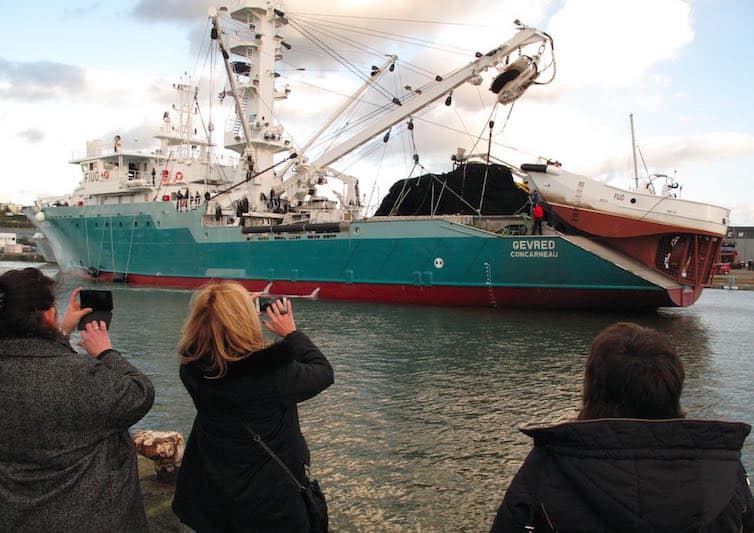 CFTO has recently been renewing its fleet, with the delivery of the new Gevred earlier this year and its sister vessel Pendruc due to be delivered by Astilleros de Murueta this summer.

With a record of careful acquisitions behind it, P&P has expanded in activities in the UK, Germany, Spain, France and the Faroe Islands in recent years, both on its own account and in tandem with its partner in UK Fisheries, Icelandic operator Samherji.

According to a statement, P&P has pledged to continue to invest in CFTO, both in its fishing activities and in the port operations it manages, announcing that staff and crew numbers will be maintained, and the company will remain based in Concarneau. CFTO operates from Abidjan in west Africa and Port Victoria in the Seychelles, catching approximately 65,000 tonnes of tuna annually and focusing on targeting schools of free-swimming tuna.

CFTO was established in 2011 in a merger of tuna companies Cobrecaf and France Thon, with 90% of the company’s shares held by the families of Jean-Marc Le Garrec, Jacques Kuhn and Jean-Yves Labbé. The remaining 10% of the CFTO shareholding is held by Dutch company Vrolijk via its ownership of Jaczon, and the Vrolijk holding is reported to be not part of the P&P deal.

Ísfiskur moves production to Akranes –as HB Grandi moves out