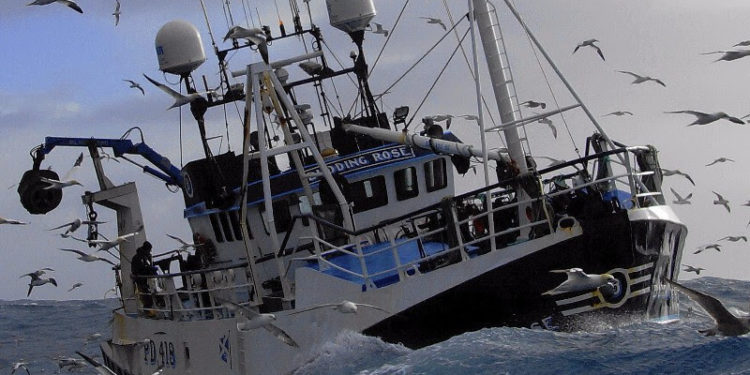 Key speakers were scientists from Seafish, AZTI, the University of Copenhagen and VisNed who were unanimous in their findings that the EU discard ban has worrying unforeseen consequences which will have a severe economic impact on the fishing sector; in particular the negative effect of choke species.

Choke species are species for which the quota has been reached thus preventing the vessel from returning to sea, effectively ‘choking’ the fishery. The expected outcome of a choke situation is the bankruptcy of the fishing operations concerned.

The first speaker highlighted the fact that choke species can occur at all levels of the fishery; the vessel, the PO, the Member State and even the sea basin, potentially causing chaos and huge economic losses. Taking account of even the most generously defined flexibilities and exemptions, the analysis shows that a significant volume and value of quota could remain uncaught with a serious knock-on effect on revenues.

As an example, it was stated that if all assumptions come true, by 2019, the UK whitefish fleet would be receiving just 28% of the revenue they achieved in 2013. The situation is even worse for the UK nephrops fleet, which, in the worst-case scenario, would receive just 5% of 2013 revenue.

Another speaker stressed the social consequences of the landing obligation including increased labour, in some cases by 50%, limited storage space and extra unexpected costs of offloading, manual sorting, weighing and processing.

‘We have a situation where the quota allocation fails to deal with the complexity of mixed fisheries. Fish will remain uncaught, reducing food supply and vessels will either be tied up or have already gone bankrupt,’ stated Europêche director Kathryn Stack. ‘This is a serious situation. The flexibilities can of course alleviate in the short term and the fleet can try to moderate the effects with selectivity trials but inevitably some of the effects will always remain. Something has to change to allow these fleets to continue fishing. A good starting point would be realistic uplifts in quota coupled with close monitoring and frequent choke analyses.’

‘Not only will choke species have a severe impact on fishermen and local communities but also on the markets that these vessels supply,’ said EAPO president Pim Visser. ‘While the European fleet is lying idle, buyers will inevitably look to other markets, even international ones, which will have a severe knock-on effect on pricing.