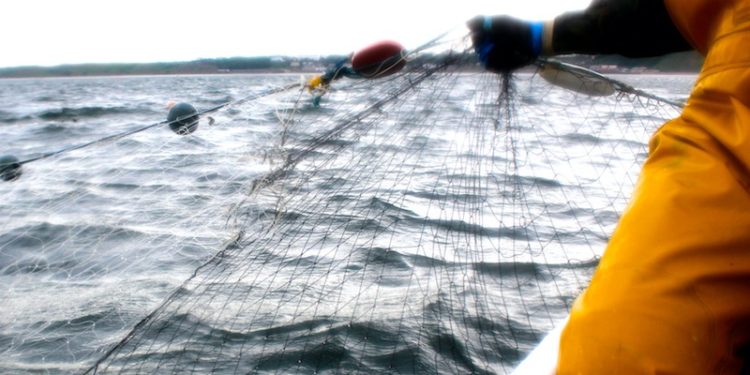 Community gets behind campaign to save a thousand year fishing tradition

The Yorkshire town of Filey is battling to keep fishermen on the water as well as to protect fishing history and a local identity first recorded in the Middle Ages.

Rex Harrison inherited his fishing licence from his father. He has fished the waters of Filey Bay since childhood, netting for sea trout from a small cob launched with a tractor from the beach. Sitting alongside his net for hours, he catches migrating fish, pulling them from the net individually and gutting them on the boat.

This type of fishing doesn’t create any discards or damage the seabed. A problem with seabirds flying into the nets to catch the gathering fish was solved by fishermen who spearheaded a campaign to adapt fishing practices and learn handling techniques, ensuring the small Filey fleet and local wildlife could go on fishing alongside each other.

The fishery is only open for five months of the year, but the guys get a good price for their fish and spend the rest of the year working in local small businesses, or keep busy with volunteer lifeboat duties.

Rex’s proudest memory is getting his fishing licence from his father – that sense of the tradition being carried on – which he took on at the age of 21.

Now fishing itself risks becoming nothing more than a memory in Filey, and Rex has a new occupation; campaign co-ordinator. These artisanal fishermen – part of a local fishing history stretching back to before the 12th century – are engaged in a fight to protect their livelihood, and their way of life.

New rules, proposed by the Environment Agency (EA), to protect Atlantic salmon stocks risk driving the Filey Few – just seven small boats remain – to extinction. The EA is proposing to drastically reduce fishing opportunities for the remaining commercial fishermen in Filey. Eventually, the plan is to remove licences from the fishermen entirely.

But Rex and the Filey Few also want to make sure there are plenty of salmon for future generations. To protect stocks, boats in Filey have been voluntarily releasing salmon throughout the months of April and May for over a decade, when they focus their commercial operation entirely on catching sea trout. They have voluntarily captured data on all the fish they catch (handing this over to the EA), and they only go to sea for less than half of the year.

The average annual catch of salmon by this small inshore fleet is just 157 fish. In comparison, the catch of sea trout is more than 4600 fish. This valuable, sustainable sea trout fishery – supplying the local fishmongers, pubs, restaurants and hotels – is threatened with being completely eliminated by the EA’s proposals, along with similar fisheries along the length of the North Yorkshire coast.

The fight for Filey’s fishing future is on. The town is plastered with campaign posters, and an online petition is already showing in excess of 16,000 signatures. Paper petitions hang by the quayside and can be found in every pub, with tourists adding 3000 signatures during the recent Easter break, keen to show support for a vital piece of the town’s culture and appeal.

Fishermen have presented at local schools, met politicians and sat down with local business leaders to share their stories and create a movement to save Filey’s sea trout fishery for the next generation.

On the 14th May, the town will play host to some of the country’s best chefs, including Ed Baines of Randall & Aubin – a top Soho seafood restaurant, – and Michelin-starred James Mackenzie from Yorkshire’s The Pipe & Glass.

Local supporters are set to flood to the town too, as all the Filey Few will take to sea to catch fish and bring it back to the cobbled landing to be cooked by the visiting chefs; celebrating local, sustainable produce with all the fishermen’s supporters.

With UK fishing making headline news as the litmus test for a successful Brexit, Rex wants to make sure small-scale, local businesses don’t get forgotten.

‘We’re desperate for the Government to show commitment to sustainable fishing, and help keep us on the water for the next generation,’ he said.

‘We leave no impact on the environment, only take what we need to make a living — but our fishery might be quietly wiped off the map whilst the big business of fishing is on the news every day. We want to work with the EA to make sure salmon stocks are protected, and our fishing community is protected, too.’