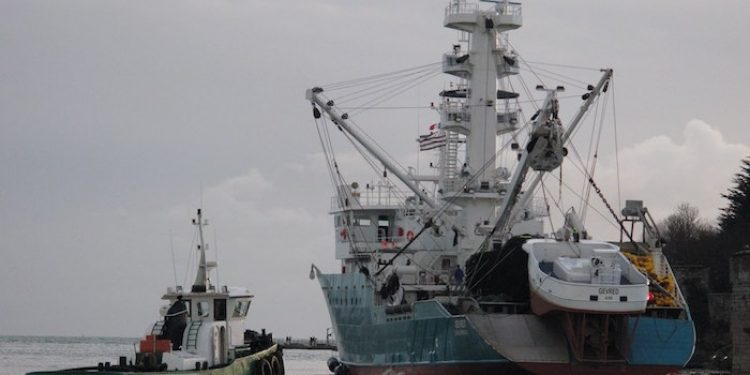 The acquisition of French tuna operator Compagnie Française du Thon Océanique (CFTO) by Dutch fisheries group Parlevliet en van der Plas (P&P) was finalised yesterday with the formal change of ownership dated 1st July, following a process of negotiation and pre-auditing since the agreement to negotiate a sale was announced in May.

There are changes at CFTO, with Diederik Parlevliet joining the board as is new chairman and Auke van de Kerk, formerly of Jaczon, takes over as CFTO’s managing director.

Dirk van der Plas also joins the CFTO board, while Kuhn Jacques and Jean-Yves Labbé, President and CEO of CFTO until June 30 and who played a key role in the company’s the development over several decades, have withdrawn from the management.

According to a statement, Kuhn Jacques and Jean-Yves Labbé have been central to the success of CFTO and P&P thanks them publicly for past efforts and for the commitment they have brought to the transition to P&P ownership.

‘P&P and CFTO share the same entrepreneurial ethic and a commitment to sustainable fishing, plus a strong respect for all their staff, partners and customers around the world,’ the company states, adding that P&P is committed to undertaking further investment, both in the CFTO fleet and in port operations managed by CFTO.

‘P&P is committed to consolidating and strengthening the excellence of the CFTO fleet which has a well-established reputation, and to maintaining its Breton character. Fourteen CFTO vessels in the Indian Ocean and the Atlantic Ocean will continue to sail under the French flag and to fish in strict compliance with EU fisheries rules and under ICCAT and IOTC regulations. The acquisition has no social consequences beyond changes in management. The staff of CFTO remains unchanged.’

The company took delivery of its latest newbuild, Pendruc, at the end of last month. Pendruc is a sister vessel to the Gevred, delivered in January. Both vessels were built at the Astilleros de Murueta shipyard in Spain for CFTO.

CFTO was established in January 2011 through a merger of France-Thon and Cobrecaf. CFTO purse seiners operate in the Atlantic Ocean and the Indian Ocean from their bases in Abidjan, Ivory Coast and Port Victoria in the Seychelles. CFTO is now the largest French tropical tuna operator with an annual 65,000 tonne catch. CFTO target tuna in free schools as a priority.