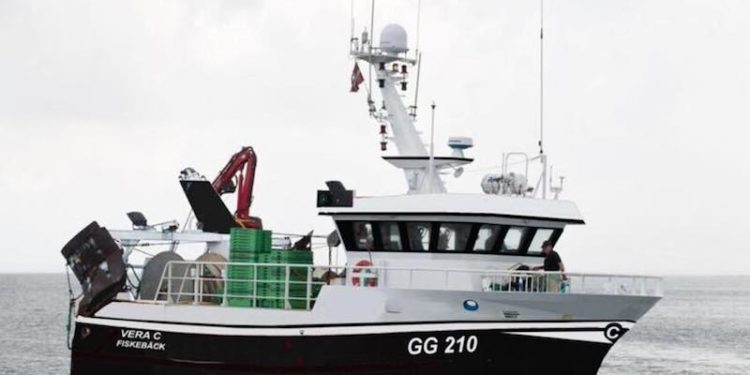 Danish trawler Bolette has changed hands and gone to Sweden where it will be fishing for langoustine off the Danish and Swedish coasts. Thorsminde owner John Christensen said that he had not planned to sell the boat right away, as it is a year until the new Pia Glanz will be delivered by Vestværftet, but he did not want to miss the opportunity when an offer came from Swedish company Gifico Fiskeri.

The Swedish company operates pelagic vessels Ceton and Ginneton, and skipper Johannes Claeson said that around twelve years ago they invested in the Vera C for fishing langoustine, and Bolette now becomes the new Vera C as the older boat it replaces has been sold.

‘We’ll be fishing mainly for langoustine (prawns) and some flatfish and roundfish along the Swedish and Danish coast,’ he said. ‘We land to the auction in Gothenburg, and sometimes in Denmark.’

He said that the new trawler, built at Karstensens originally for a Scottish owner before finding its way back to Denmark, is larger and more comfortable than the old Vera C, with more space and bigger winches for handling twin-rig trawl gear.

‘Two or three years ago the hydraulic systems were completely renewed, which is one of the reasons why we were so interested in this boat,’ he said.

The trawler is now back at the Karstensesn yard in Skagen for a refit and he expects to be fishing in two or three weeks.

‘There are a few adjustments to be made to the stern of the boat, and new electronics being fitted so that we can have the boat as we want it, and then we’re ready to start,’ he said. 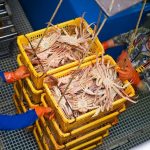