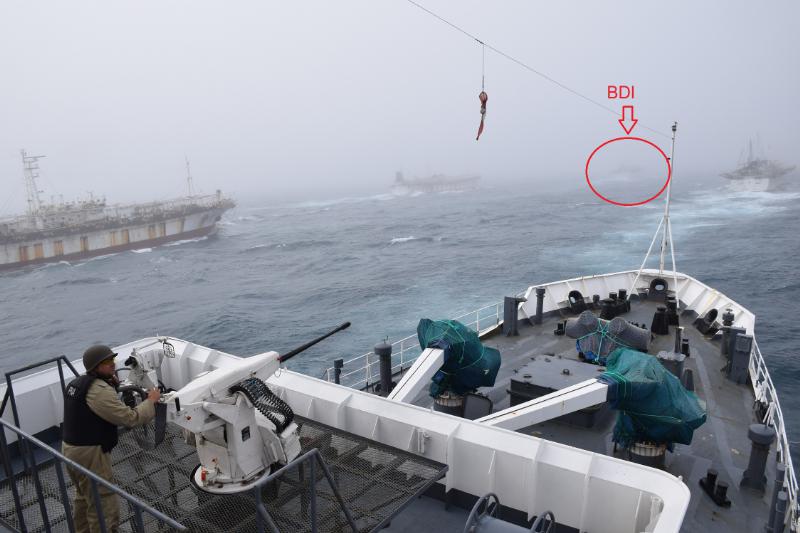 A judge in Argentina has signed a warrant for the detention of five Chinese fishing vessels following a recent incident when they were intercepted fishing inside Argentina’s EEZ. The five vessels were able to escape, following a long chase during which shots were fired.

Comodoro Rivadavia federal judge Eva Parcio de Seleme has ordered the detention of fishing vessel Jing Yuan 626, which was identified as fishing illegally in Argentina’s waters when the incident took place on 21st February. The judge has also ordered the detention of the four other Chinese-flagged fishing vessels involved in the incident, which carried out a number of hazardous manoeuvres with the intention of preventing the Argentinian Coastguard from approaching Jing Yuan 626.

The judge has notified the head of the Argentine Naval Prefecture, Eduardo Scarzello, of the order for the detention of the vessels.

During the incident repeated calls were made in Spanish and English, as well as sound signals, to stop the fishing vessels, without any response being made. The fishing vessels instead switched off navigation lights and headed for international waters

In an operation co-ordinated by the head of the Argentine Naval Prefecture and following guidelines by the Minister of Security, Patricia Bullrich, a long pursuit ensued, during which a number of dangerous manoeuvres were carried out. The pursuit was called off after eight hours, following consultation with Ministry of Foreign Affairs.